As i can see in this thread http://vc.forum.igg.com/topic?fcid=59&ctid=60059&nfid=0  DSofa is a tester of the new patch. As a forum moderator its normal i think. I'm wondering, is there another player(s) who testing or tested this patch?
As we can see from the screenshot, he has a lot of new materials for equipment upgrade and new recast system. I know that funofking is giving those materials to testers toons for test. But, testing new patch doesn't include new equipment only. This patch has a new instance and exploration system which called Yizhou. How can DSofa run the new instance alone? Is there another players helping him in this test process? If yes, who picks of those players (except DSofa or other mods) for testing purposes? 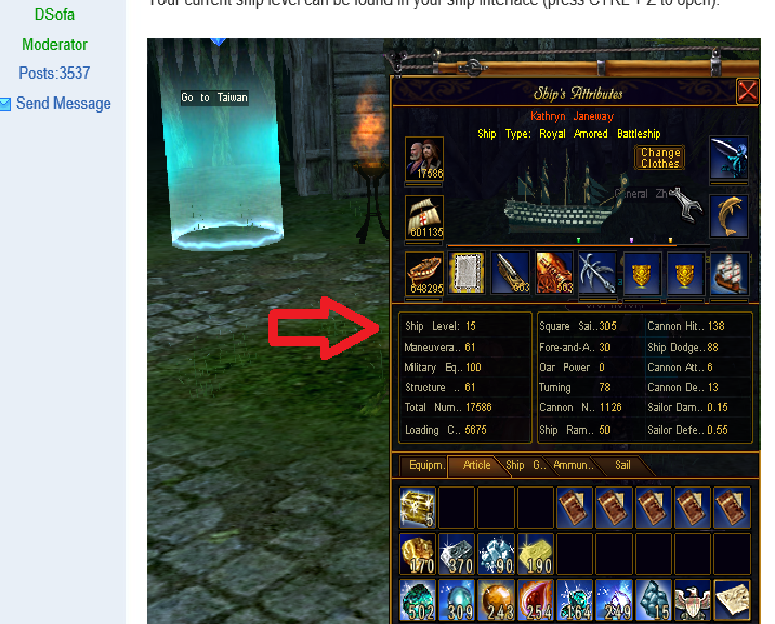 well i think the main question is why is him allowed to play whit the new patch and we are not?0_0From what i remember forum moderator does not give you any special status in the game, only the forum.

ROFL what big deal of him making  new equipment in the new patch obviously he tester for the next patch? does tha mean he has to test everything? and report bugs  stop begin silly and jealous  let him test and find bugs and report as far i know DSOfa only cares about the health of this game. hope they open test server for other player just to lurk around lol... but this tread only show nonsense and careless for the health of this game. how dare you to attack a mod that have been reporting thousand bug helping most the players of this community? what he would take away by begin first person in in test server?

justcurious1 Rated on 2017-04-20 03:22:30
Stop trolling and stfu and try to understand what i wrote. i dont tell anything about DSofa. Just wondered he is alone in that server or not. As most of us know the new instance is very hard and he cant be able to run there alone. But if u r in that test server too, do not hesitate to let us know that troller.

LUIJO Rated on 2017-04-20 09:44:39
i'm not trolling just telling you the truth... DSOFA wont go away with anything he most likely have to sacrifice his game play to go figure out the bug in the test server report to FOK making this thread is like begin a jealous child over something you wont do shit for great of good of vco so please stay calm and eat a kebab and be patience when is open for everyone is open for all

Once patch is optimized and main translate bugs are fixed, i'm sure FOK will give access to everyone to test patch as he always does

We all know that the patch is a few months away... FOK has said there may be transfers after the battlefield season, so that means beginning to end of May for transfers.

Then patch could be June/Jul. But most likely a test server will be created and patch maybe not until Aug/Sep which isn't their usual patch dates.

I'm wondering, is there another player(s) who testing or tested this patch?

Yes there are other characters there from other forum mods and GM's, but no players. Test server is not open for public. Probably wont ever be since it isn't a big patch. Just a couple of new sets and a new instance / exploration system. We already found a bunch of bugs which funofking successfully solved. The patch is all about level 160, so starting an open public test where you would start with a level 1 character wouldn't achieve anything since you couldn't test anything. Copying characters from main servers or having GM there that would trade you all the stuff would not be very productive, it would only put extra strain on GM and would delay the patch release even further.

There is a way you can help. If you are a BBO player and if you know some game breaking bugs there that could possibly be transferred here with the new patch, please feel free to report them to our PM's and we will test them and hopefully fix them before the patch release.

Now I'm going to lock this thread because its turning into rage thread. This is exactly what we didn't want to happen, but hey, I guess its inevitable.

I think its ok for me to say... I am not testing the patch.  As most of you know my characters are not high level enough....

and why DSOFA?  you guys really need to ask that?  think about who is the best computer skilled of all the mods and probably at least top 3 in computer skills of all the players? He also plays the game most (time wise) of the Mods... and has the most knowledge of us mods, about the higher level stuff in the game.
Plus he writes guides.. so we know we will be getting some information on the new instances and anything else he finds is new.... unlike when IGG tests and we get maybe 2 sentences.

All mods responded YES as this our JOB to provide info and help when needed .
Get used to it please . It has only been like this since VCO started .

This thread has been banned.