Now, obviously, the Core.exe can't recognize its being run by voyagecentury.exe. There might be many different reasons. Could be a virus. There's a worm called Brontok, I had many problems with it. It changes the registry settings so every program is being run trough it. Are you sure you don't have any viruses on your system?
There could also be a problem with some monitoring software like antivirus, firewall etc.

Could you gives more information about your system? What OS you use, what antivirus software you use, do you have any unusual problems? Anything that could help.

no unusual events going on at all accept when i try to run VCO.

Easiest way to discover if you're infected with worm is this:

Click apply. If you see some new hidden files that weren't there previously (don't touch them btw), then you're probably not infected with anything serious. On other hand, if you don't see any new files, then you can be 100% sure you're infected with some virus.

You can also go to Start and type regedit. If you get a message you're not allowed, or the pc restarts itself, then that's another sign in which you can be 100% sure you're infected.

well .  done an antivirus scan . no infections detected , no malware and no trojans.

where do i go from here ?

well dont rely on just the windows stuff
download an AV, spyware and firewall, there are plenty of free ones out there that are good
for AV i use AVG
spyware i use spybot search and destroy
firewall i use zone alarm

but yes, a better idea of ur system would help
which windows are u running?
are ur video drivers up to date?
what security software are u running? just the windows programs?
how long have u been using the current install of windows? (how long since a clean fresh windows install)
those kinds of things
and any other questions asked previously

hopefully one of us will have an ah-ha moment

i did put my computer in DMZ so ive got hightway throu the router.

ive just rebooted and trying out reinstall for the fifth time now. redownloading everything.

okej . done reinstal after uninstal and reboot , updated graphicdrivers , manually loading patches all done in admin-mode, all patches run as admin , all instal run as admin .

still get the " please update program to start game " ..

It seems to me like you are missing one of the patch updates... it's the only thing I can think of.

got the main install vc_setup_0.99

i have even tried the vc_up_login patch


so far i got nowhere

but now something ells happend

i got a small prompt when trying to download så i show you guys what happens and i witch order .
after black screen and prmpt " please update program to start game " it CTD 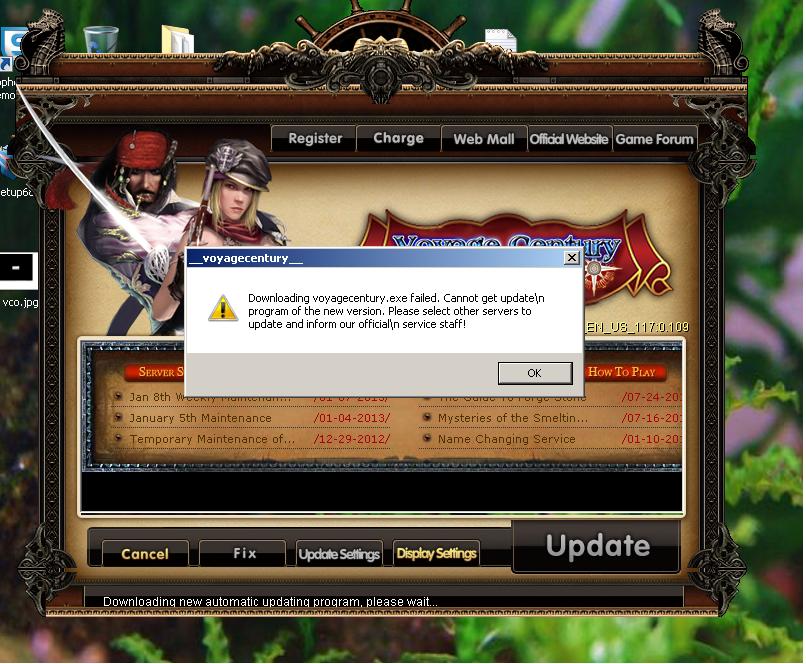 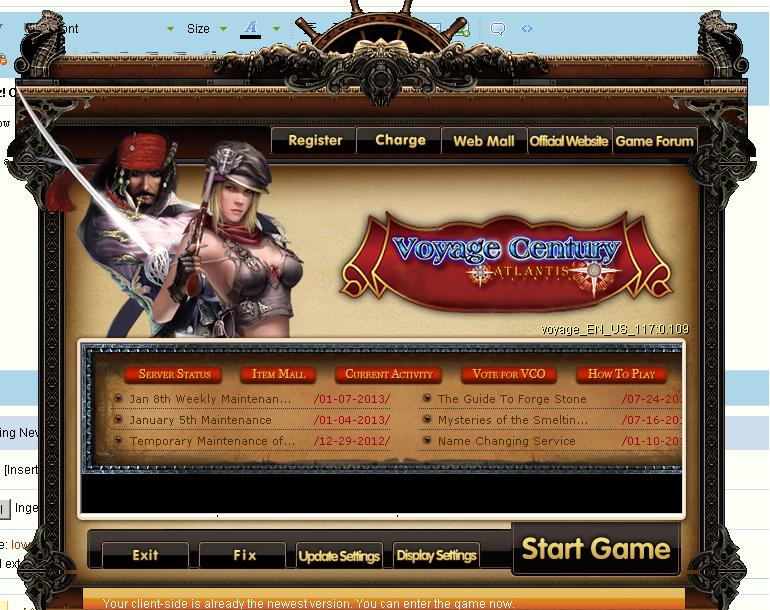 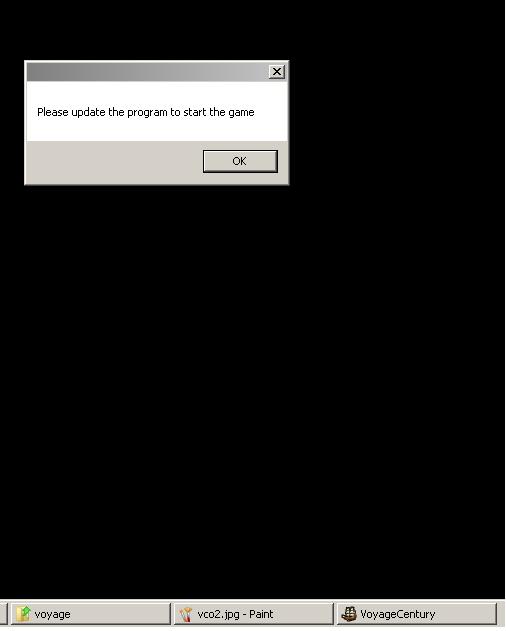