There are 2 Halloween events;
1) this one that starts at the Halloween ambassador on Seville dock.
This story line can only be done 1 time.

2) There is also another Halloween event that has a pumpkin spawn in Seville suburb, everyone attacks it and it leaves pumpkin shaped chests to open.  The Pumpkin killing event will be covered in another guide IF, the event is put into use (so far it has only had 1 test run).  -Ele 11/1/2017

** the quest line has never been turned off ans was still available for Halloween October 31, 2018

This quest line Use to show in your voyage log under the "Branch" tab, however when attempting it November 4, 2018 the quest line DOES NOT show in the voyage log... you just have to follow this guide or remember from the npc's words where to go.
The name it use to be under in the Voyage log was "Halloween Tasks"

The Quest Line is only open to players level 150 or above.

***Use the voyage Log auto track to get to the NPC's, they are not listed in regular auto track and most are special one time NPC's

*** EVERY NPC has this text error when you talk to them.
Choose the top option every time (corresponds to "query the task" )
bottom one is "leave" 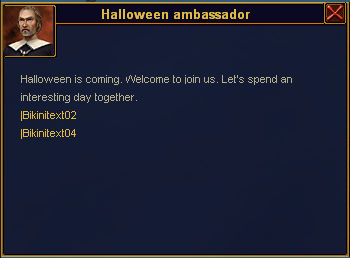 *** All drop items such as the "Robbed Halloween Charm", "Precious Chocolate" and "The Devil Emblem" CAN NOT be traded, or sent via the warehouse and are Destroyed if you drop them to the ground and then click "yes"  (eg; do you want to destroy this article). 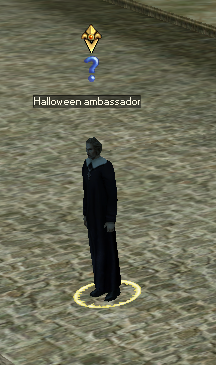 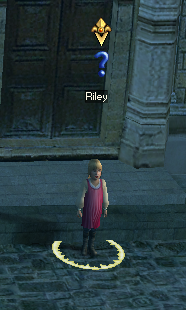 posting a overhead map because it is hard to describe Riley's location: 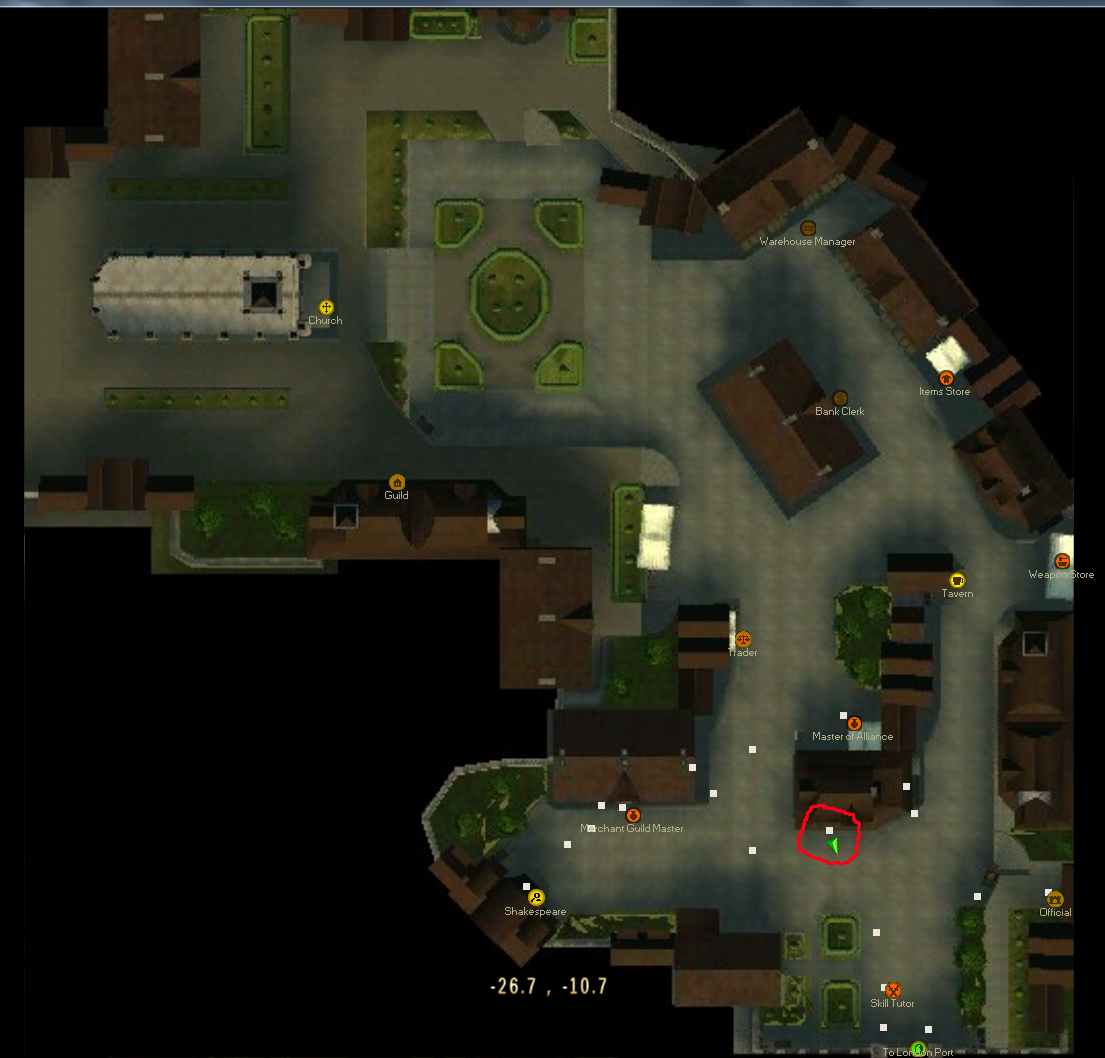 3)  Halloween Charm
Go to Hamburg Suburbs, kill a Viking and bring back the (drop) of Halloween Charm and deliver it to Riley (in London City)
*This "charm" is not wearable


4)  Begging Lehman
Talk to Lehman in Oslo (Upper Dock area left side as you go into the city)(approximately where Mid Summer festivities envoy (aka. Mid Summer Representative Samansa) is in London)(32,-134)

The treasure you get will be Lehman's Precious Pearl:

Go to Bordeaux and talk to NPC Candymakers (On ramp up to Bordeaux "city" area; 77, 104).
Buy 1 candy from her.  Take the candy to Riley (London City) 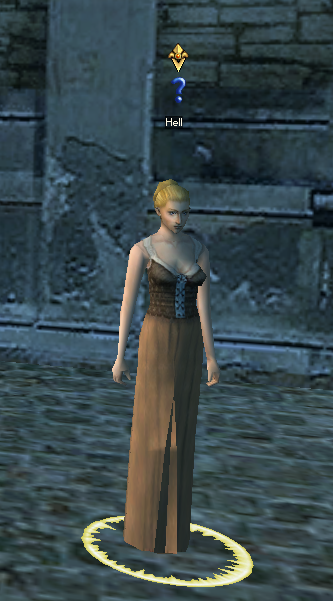 again NPC location is kind of hard to explain so: 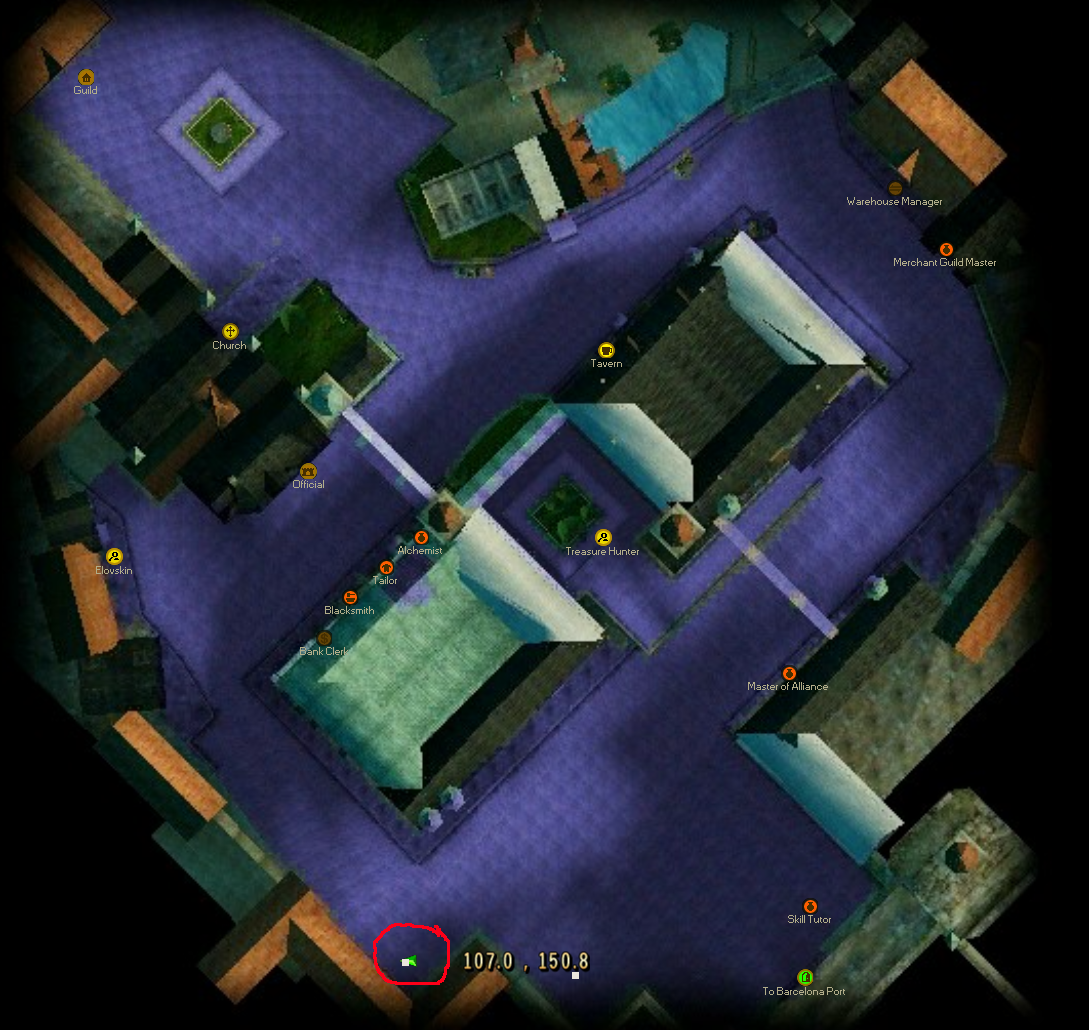 9)  Chocolate Candy (2)
Enter Gibraltar Straights instance (Yes, you will have to team with either a NPC or another player)
Kill Karabash's Hammerhead (1st mini boss)
Collect the (Drop) of Chocolate and take it to NPC Hell in Barcelona City.

10)  Go to the Halloween Party
Go to Athens Suburb and kill a Halloween Ghost (Up near the depressed poet area in the Parthenon ruins area (-109, 123 ).. with NPC Alexandria)

Get (the drop) The Devil Emblem and give it to the Halloween Event Officer (Halloween Ambassador) (Seville lower dock)
*Ghosts are a bit strong compared to the other things killed in the quest...  150,000 HP but no special skills ..comparable to, maybe a bit harder than, a rampant pirate (HP 10,000). They do NOT auto attack so new players are still safe.