4 bases you have to captured the flag of each bases. The bases are neutral  at start. 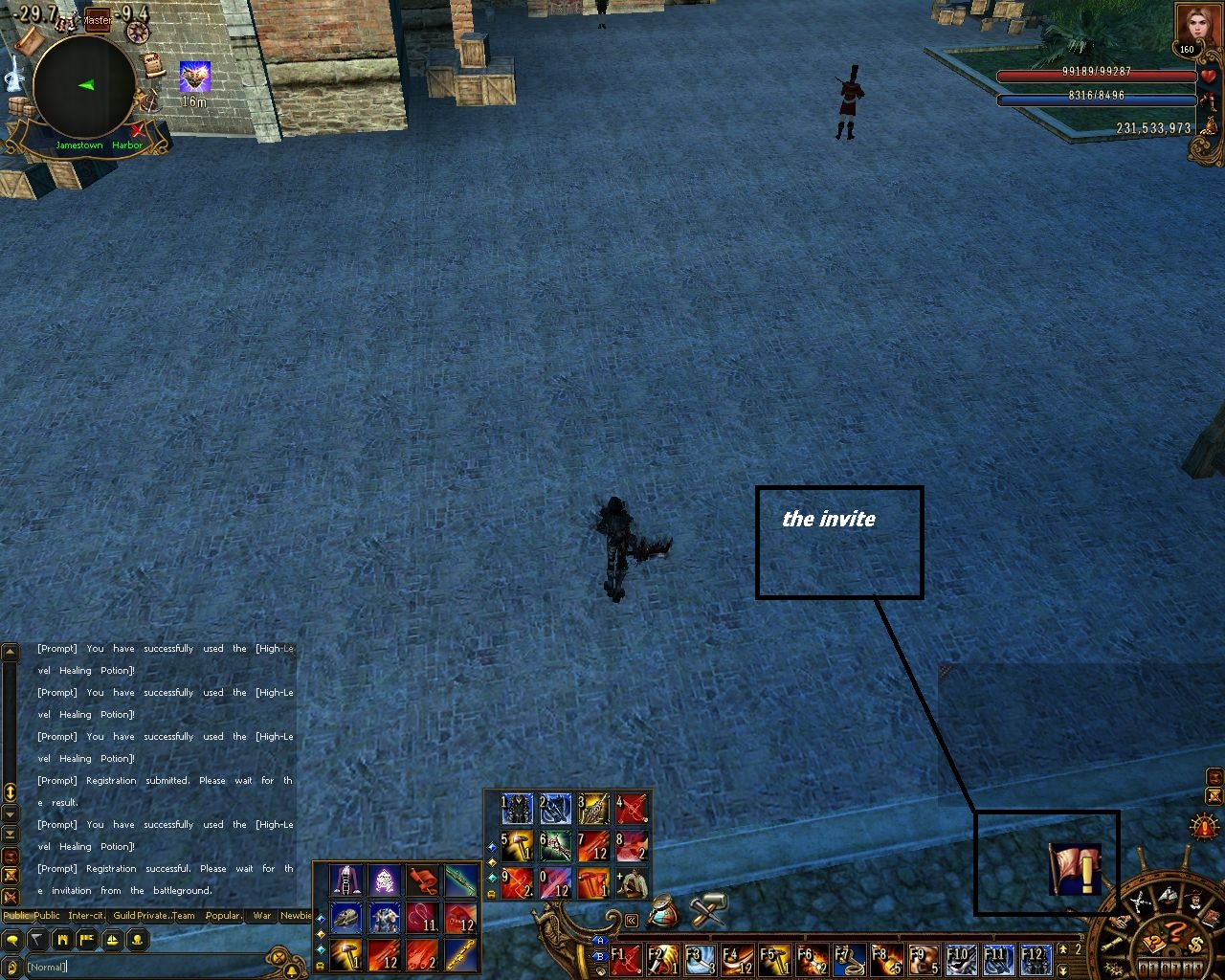 The invite is new feature of snail they log you off so enter TO YOUR NORMAL Server, do NOT ENTER TO BATTLE SERVER,JUST YOUR NORMAL SERVER with no buff no extra pots not shortbreads to that zone making the game more under control making you using you bases stats and pet and pet skill wisely

To get invite into Lab and low lvl BGS

If you don't see the 4th register message do it again.

* don't try to que for bgs and enter inside an instance, or join a team(after you que up)  when you enter bg you might get logged off and will be back to server with deserter buff same for colonies sanctum of memories,  cave of flames,  also golden tower. some of them still instances for the game. go to Non PVP for accept the invite for some  weird reasons sometimes not work even if your moving hs, you have to be out of combat.

If your DC or net fail and manage to get back can still join the game late, just if you give up you get deserter buff  you leave and cannot join any bgs for 5mins 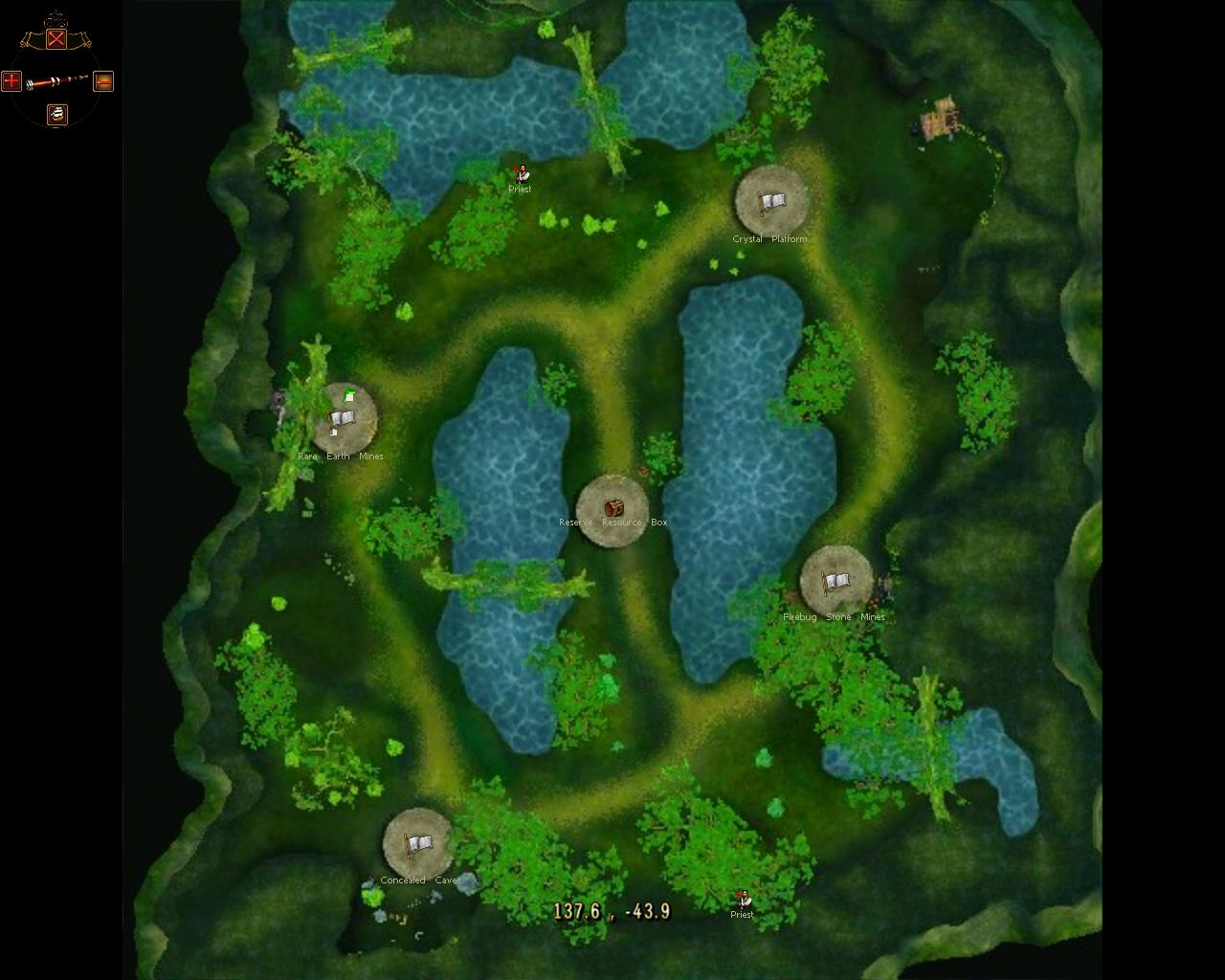 That how the bases look like when flag get capped and they are on countdown half flag color team is capping it out. the one full color means  bases is already giving point to the team that already got it. 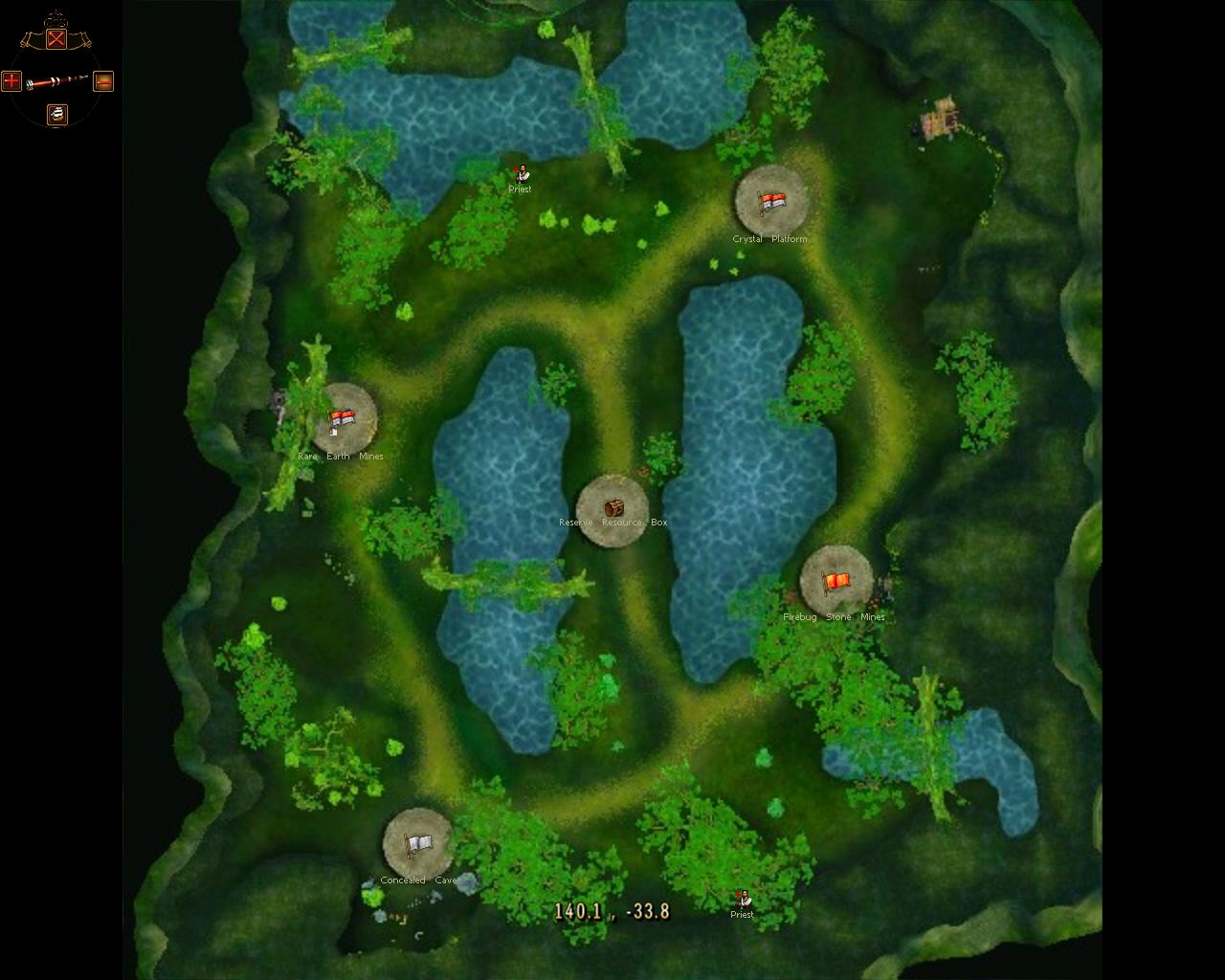 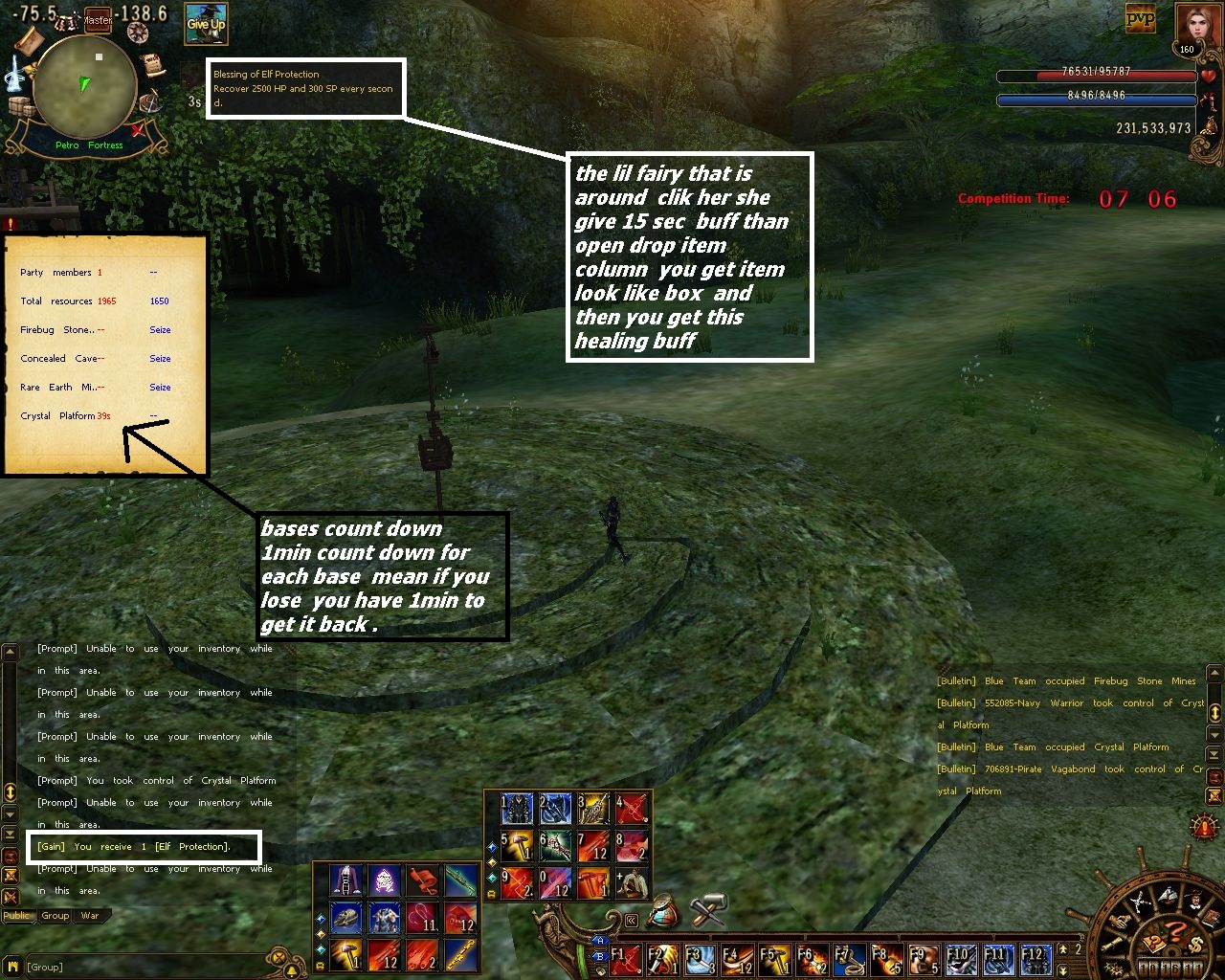 Is treasure box in the middle of the map. 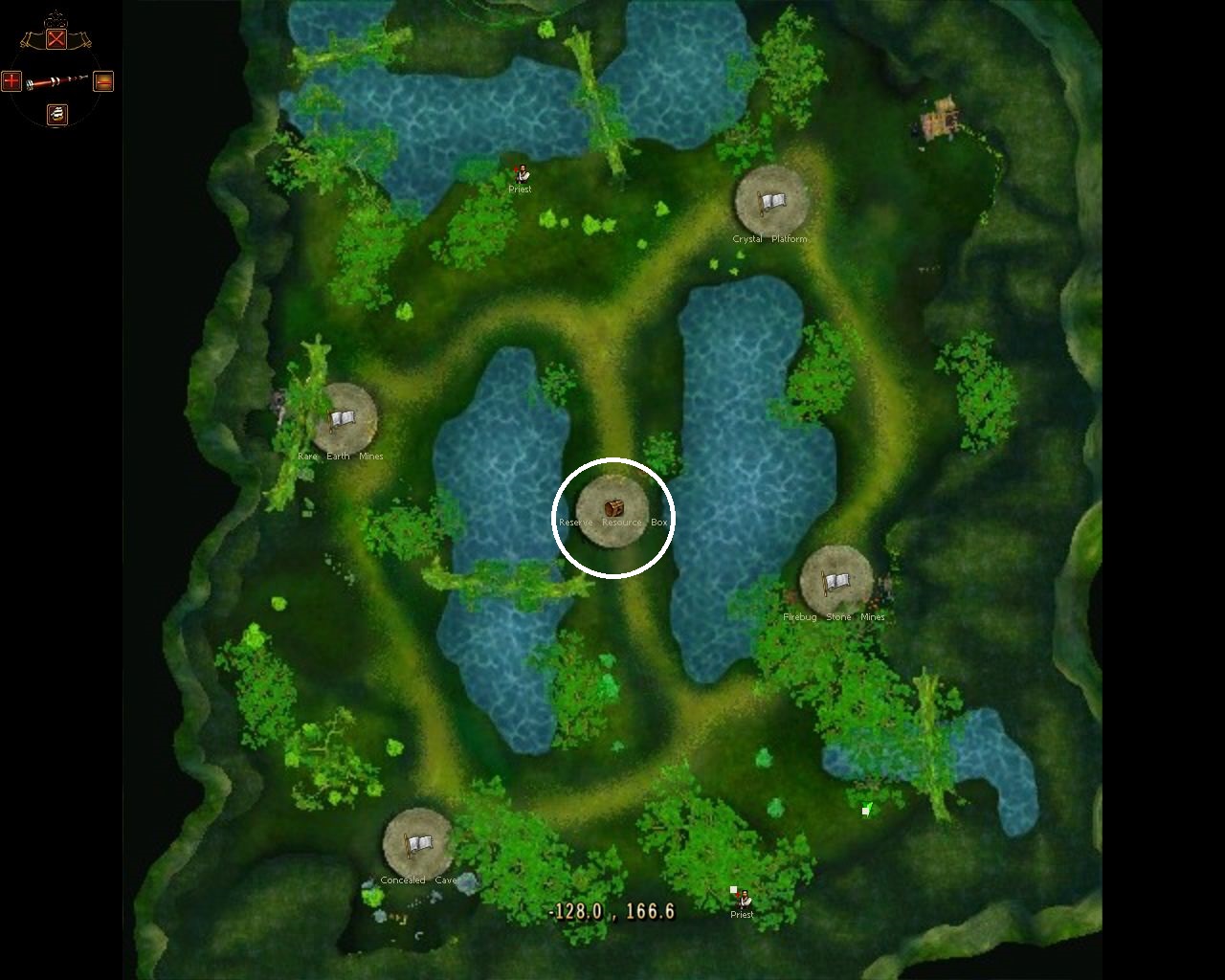 Grab that coin and run to the base!!! not that fast 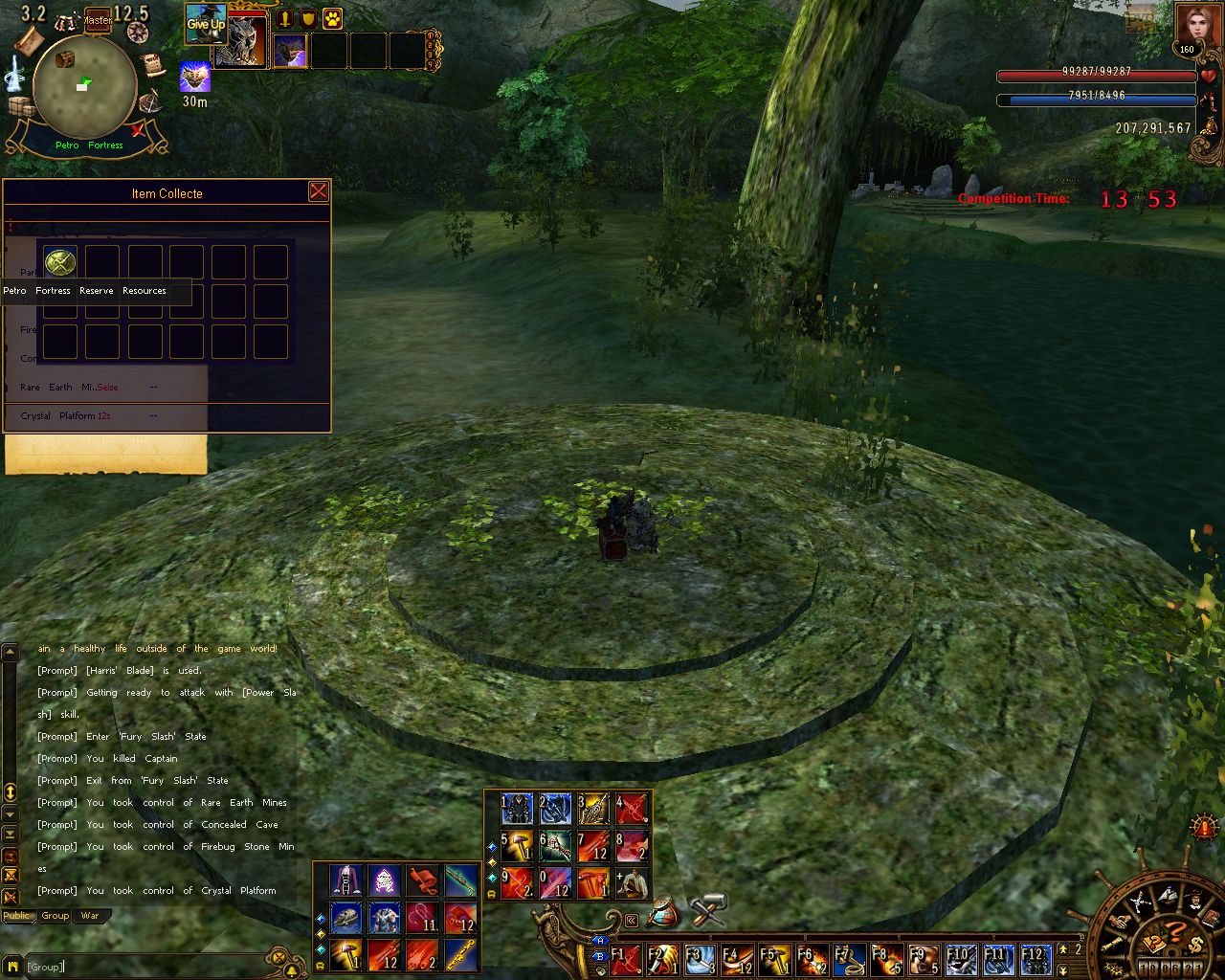 As you leave the middle  circle of resource.

You get that debuff run slow  as normal speed... 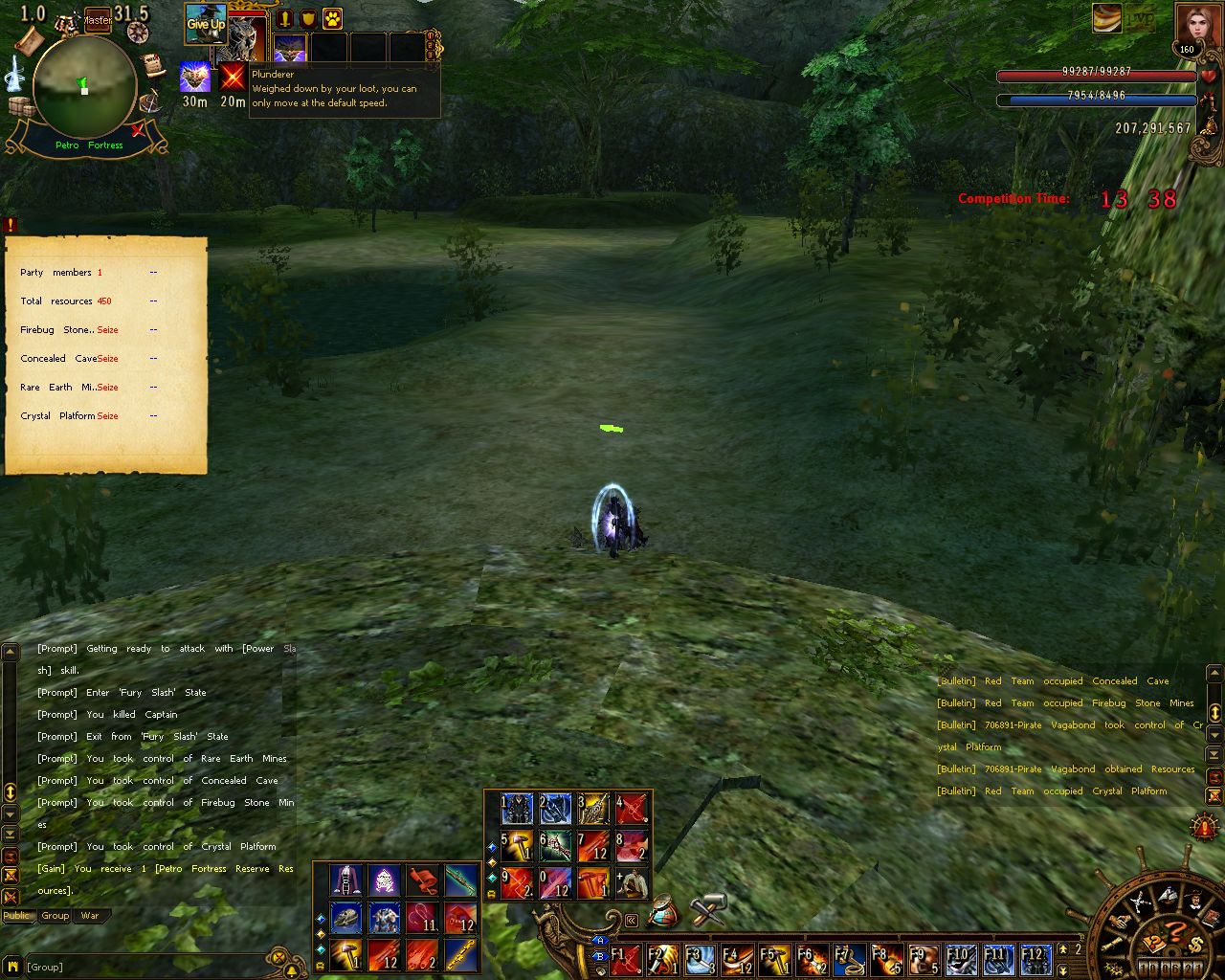 The bgs is timed is 20 minutes of pvp and total domination of bases+resources point wich = 200 point who make the to the base, remember when you grab the resource box go to the base your team has capped, closest one 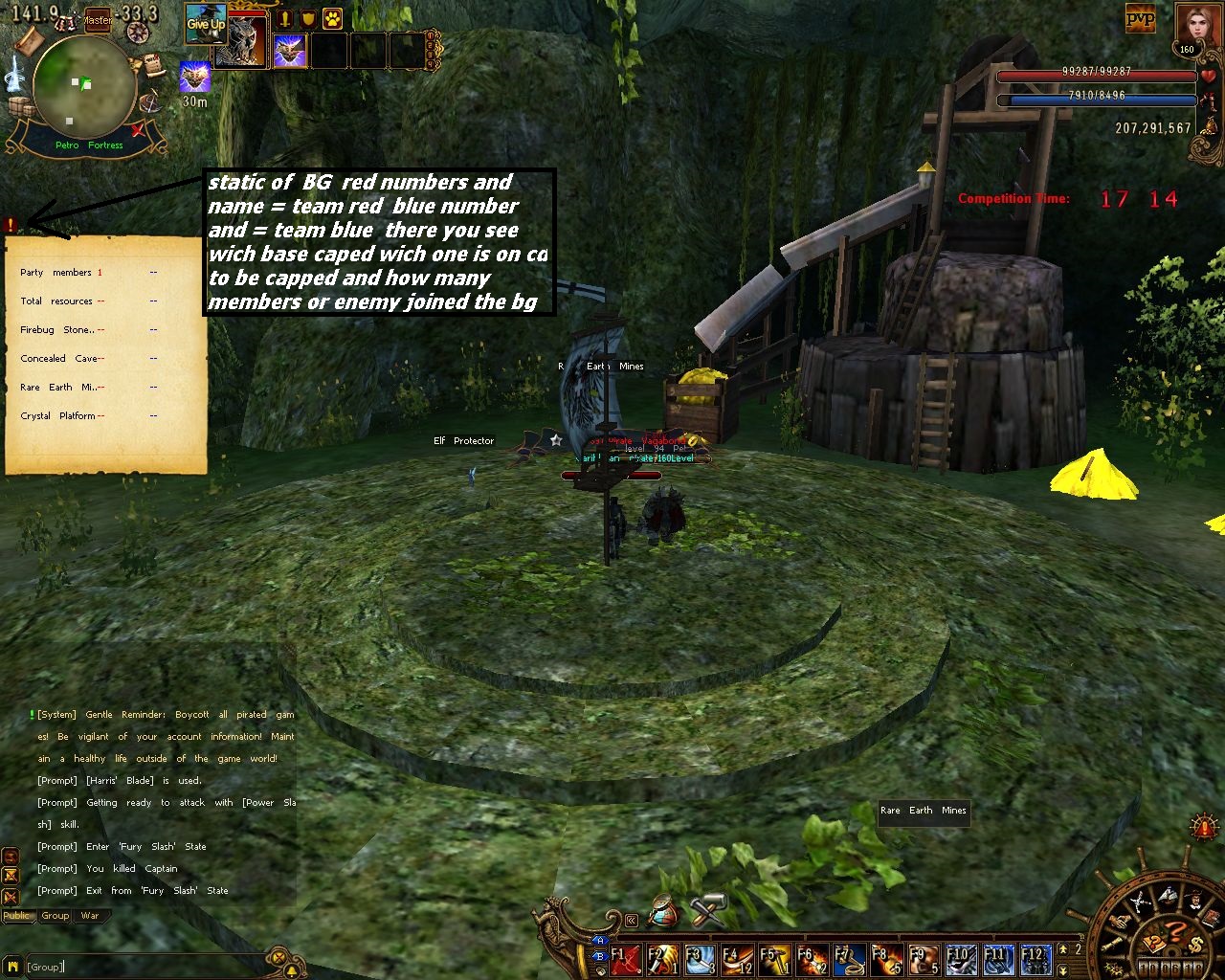 Nothing in your inventory works not auto-heal none of stuff give nothing there just pet skills your wardrobe works but make sure you have all your item in your inventory  you have 2 priest in the whole map and elf protectors on each bases so be smart. 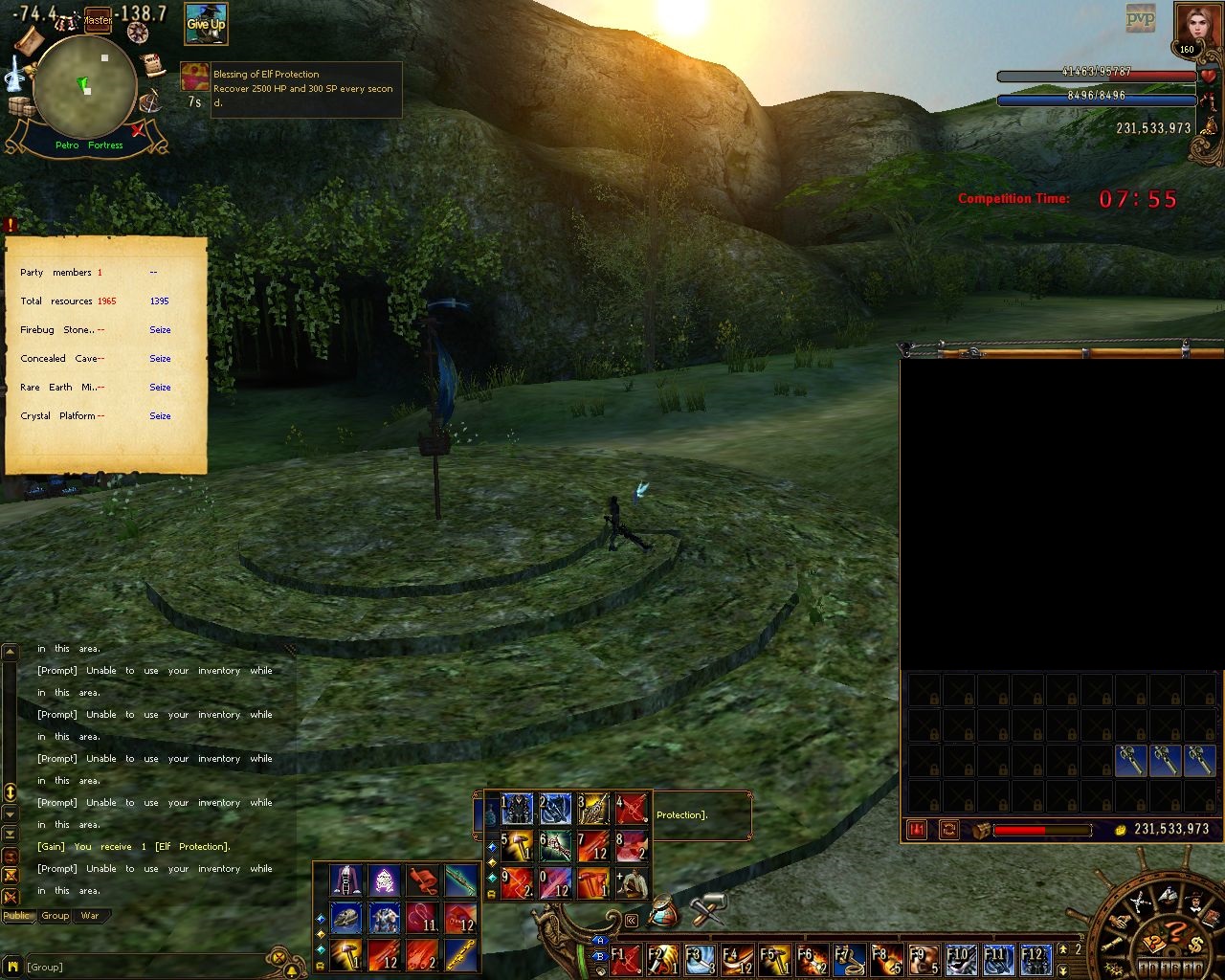 Every capture have time  10 sec same to get heal from elf protectors is 10 sec all those timer can be interrupted by any damage and failed  completing  so you have to fight back  or try again. When you die re-spawn back in 30 sec is a little random not always 30 sec and when you re-spawn is in the spawn point of the closes base  if no base where the team spawn point started.

Basically  his name say so it comes out when you dont wanna be part of the team that  mean by giving p button not even entering the BG when it start, also there some disconecting inside it might get your deserter cause you don't have way to get back or disconecting when you are in que.

And there you have it . DSOFA or Elle will most likely want this .

To join the battleground you click rank in your character interface and click battleground. Use the drop down menu to select Petro Fortress and then select 350k to 500k Land Battle points or regular Petro Fortress which is 500k Land Battle Points and above. Click Join Team, funofking said to just click one time to avoid loading errors. That hasn't worked for me, I have to click join team once wait a few moments and click it a second time. When you get the invite it will log you out and then you log right back into your own server. This will take you to the battleground automatically. If the battleground is unavailable you will get a prompt in the first public stating that it is not yet open for activity. 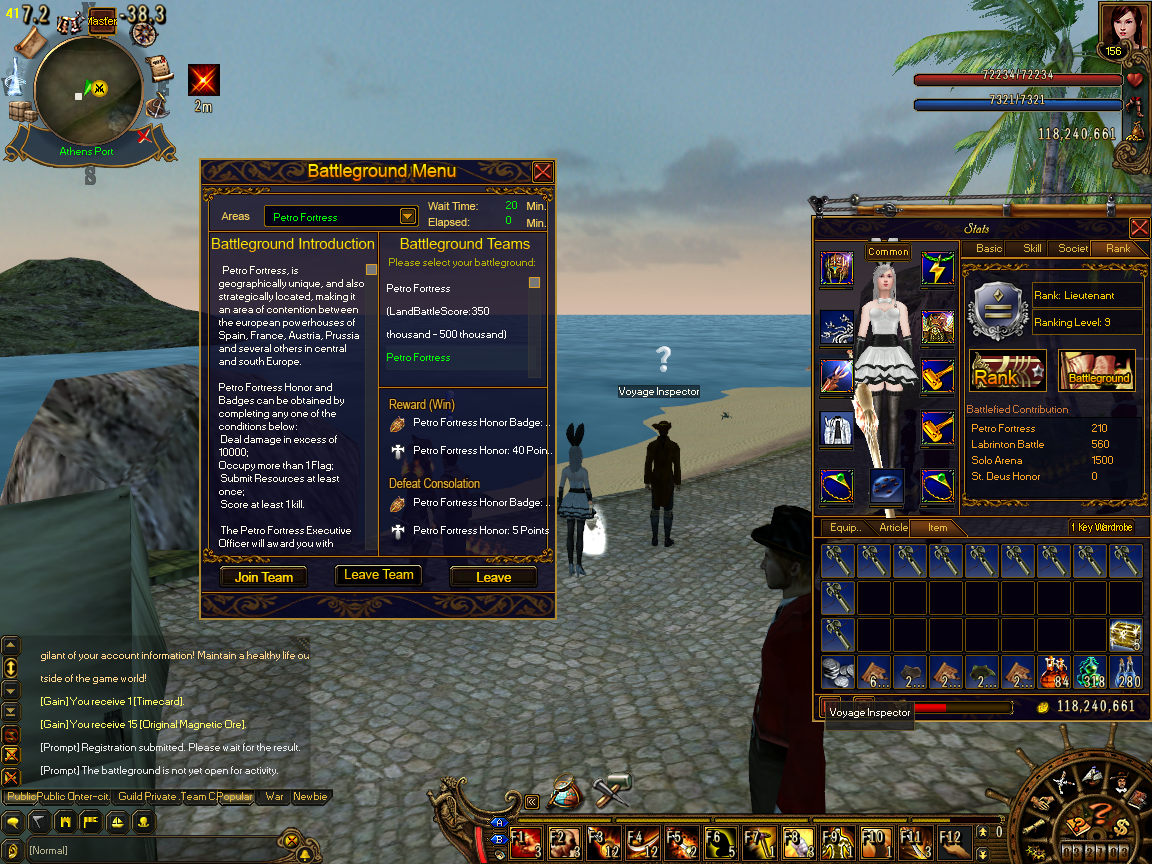 What the Victory and Defeat Screens look like at the end of the battle. 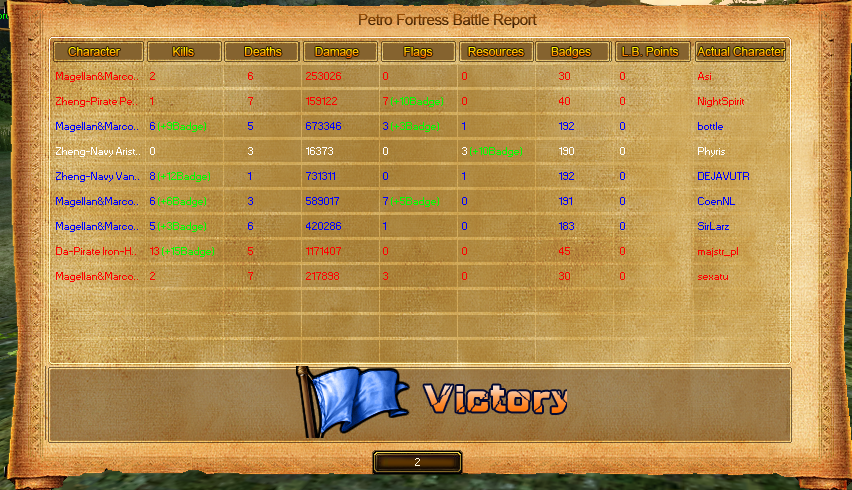 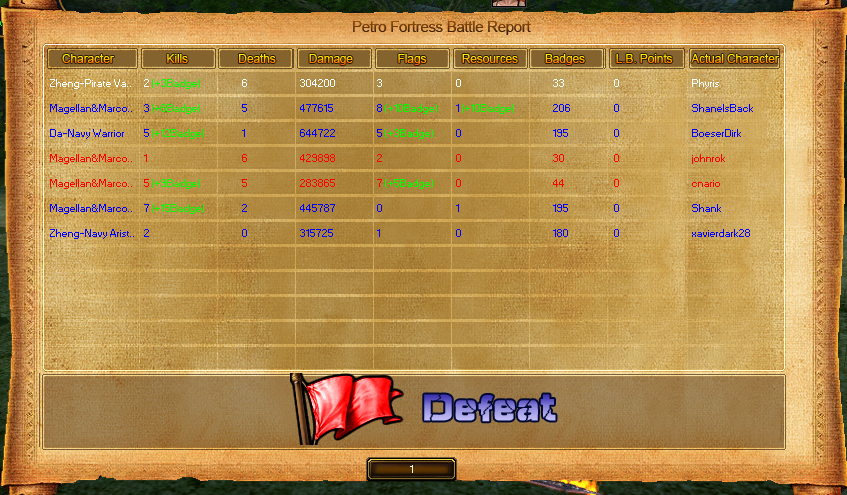 The prompt to leave the battleground and rejoin your server at the end of the battle. 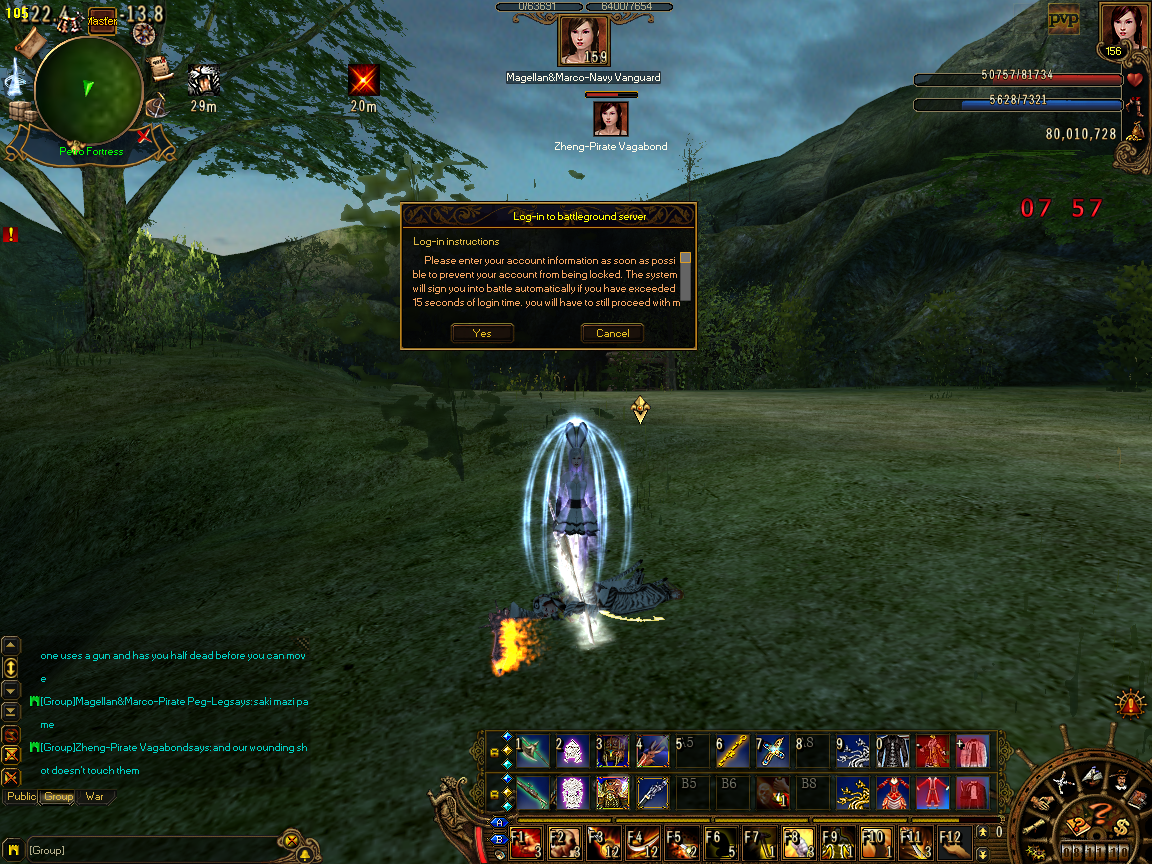