Hi there, anyone has any news on Voyage Century 2: Pirate Survival? (Snail Games)

I've found a similar game coming in 2020, from IGG, it's called Anno Voyage (iOS and Android)

*link removed due to outside links rule*

Snail has or had a survival game on steam

WiIIend Rated on 2020-06-29 03:09:49
Dark and Light (completely unrelated to the MMORPG of the same name that Snail released ~15 years ago), I believe they also (partially?) own the studio behind ARK: Survival Evolved... who are also responsible for ATLAS, which is a pirate survival MMO thing but quite different from VC


I would guess Covid pushed that schedule back some....
and it will probably be released first in China as that is where their main player base is.

I found only 3 links that mention it.. one is the you tube that I pasted above... 2 are to the same site and are in Japanese (they seem to be the same info)

all it says is:

The only thing I can find on Voyage Century 2
is a short (in Russian) article 4+ yrs old so they probably dropped the project at snail.

Refer to the old post on this for any (old) information...


I clicked and looked at most the PC woniu games.  Only ones for sure that are sandbox which vc2 was suppose to be is The Nine Yin Zhen Jing 2, and Darkness and light (for PC) ... Black Desert looks new too but might not be sandbox.

So it's possible that VCO2 was remade into Anno Voyage?

Voyage Century 2 is/was being developed by Snail, while Anno Voyage appears to be IGG's own project, so that's unlikely. Might be IGG has taken inspiration from it though, but it's all speculation at this point.

Tangentially related, Snail was also developing a browser version of VCO back in the day... but that was like a decade ago so I think it's fair to say that ship has sailed.

If you look at the number of mobile games IGG has vs the pc and browser games ( and look up dates released) you realize IGG is trying to only create and run mobile platform games.

There have been no new browser or pc games in many years (at IGG).

Anno Voyage is probably an attempt to get us (current VCO players) to play on a phone...
(if they are successful at getting us to migrate over, then they wont have to keep leasing the game from snail.)

and keep in mind no info is out if Anno is sandbox or not... so doubt they bought the idea from snail.

----
as a note at one time IGG had quite a few browser games.... so maybe that was the idea for a while in the almost creating a VCO browser game... but as we all know know Flash will not be supported or even work after December 2020....
so that will kill what is left of IGG's browser games.

it does not say anything about anno voyage other than
Quote:
In addition, new titles such as "Anno Voyage", "Galaxy Mobile", and "Project Ω" that are scheduled to be released were also introduced. 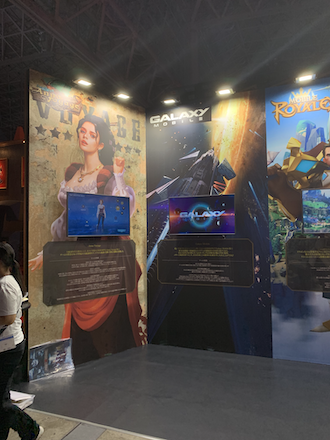 and you can see a screen of anno voyage on the left in this picture.

Here I zoomed in 500%... but the resolution of the photo is so low you can not really see anything. 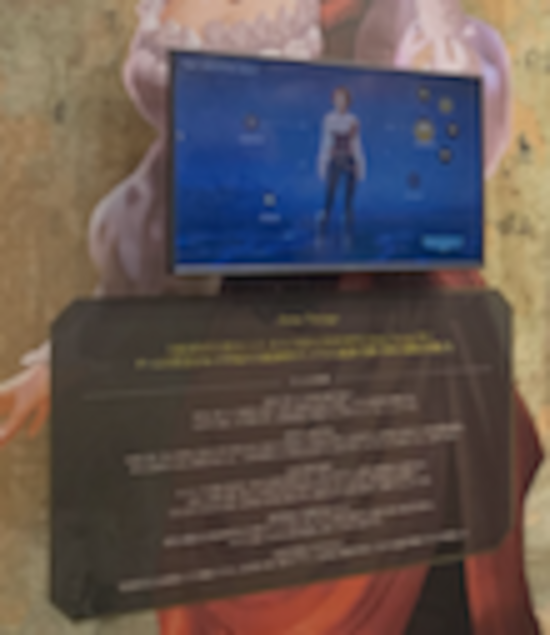 and as a note, the only time "sand box" is mentioned it is talking about the game "craft legend".

Genre: Historical fiction
Summary: This book starts with one man rowing in a boat. He settles on a coast and meets another man. As the story progresses, the area becomes settled, then a village, then a town, and then a city. The pictures become increasingly busier and really depict the hustle and bustle of a town.

Celebrated Japanese picture-book author and artist Mitsumasa Anno, winner of the Hans Christian Andersen Award in 1984, began his series of wordless travelogues with this 1977 book - subsequent titles include Anno's Italy, Anno's Britain, and Anno's USA - which follows the horseback figure of the author, as he travels through northern Europe. From rural fields to crowded towns, country fairs to school races, Anno wends his way through the European landscape, taking the reader on a visual journey that weaves in classic works of art and storytelling, little visual jokes, and a running romantic theme.

Anno takes a trip from the pristine shores of unconquered land through the buzz of big city life arriving at an expansion of green fields warmed by the orange light of sunset. Riding on horseback through Europe, he experiences the changes from untouched nature to urban settings, from the solitude of the trees to clusters of city dwellers. As his journey comes to an end, Anno leaves his horse behind and walks to the edge of a green field to enjoy the setting sun.
Anno’s journey is an exploration of Europe and how the land changes in the hands of men and women. The stunning two-page illustrations show the reader a bird’s eye view of each location, rich in details. The reader moves from the quietude of fields and forests to the farms at the edge of the town to the center of the city itself. The prevalent green of uninhabited land gives place to browns, blues, oranges and reds of city living. There is little plot to be discussed; this is a book about settings, a book about human influence and change on its surroundings. Children will spend countless hours accounting for all the little clues left of the page by Anno, a Hans Christian Andersen Medal recipient.

---
So it MIGHT be based on this book or Series of Books...  IDK
this might also be why they announced it in Japan (the author's home country)....