[Off-Topic] Looking for player from Chinese Version of game.

Can a player frim CN version PM me plz ?

@ player from CN version: pls also PM the admin funofking so he gets the bugs before they appear as well

PM me first so  i can use them and make easy money lol ;-) 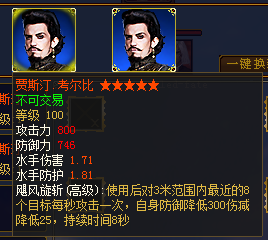 Hurricane Attack 5 Star
Took only 3 months of playing. And in the later end of playing I have actually only done the dailies not really anything else otherwise would probably be done.

(Sooo many dailies, during china new year new dailies (similiar to our London Supply Officer but on asia side and all over, also of course much better rewards) and were new sets of dailies every week with occasion every other week. They have since slowed down but client updates weekly) Mod stones and general manuals galore so that's how it didn't take so long to nearly max general.

Crumble Rated on 2018-04-16 01:48:14
You firgot to mention your version is nog a broken mess and despite other games snail has, it didnt give up on overseas version, hahaha

What do you want to know?