[Off-Topic] WE ARE BORED

Mintas you have been around a long time.... very "surprised" you don't already know the other versions of this game...

but for anyone who doesn't actually know;

No more discussion of this pls in this thread...  please use off topic for other versions discussion.

Also snail and russian version came to agreement to clone the player data, russian company didnt want to hand over a copy of server data so cloning of chars was agreed on.

Also it dont matter what IGG does here they have a contract for atleast a year maybe 2 after that snail will be seeking to take back this version and run the servers themselves, so IGG cant close the game before then.

But you are right IGG totally screwed up running this game, cutting back on support, cutting events, myriad things, btw if events occur in both versions its not because both companys decide to put them in, its because those events are part of the game mechanics, IGG saying that they cant run some events cos of bugs or whatever other excuses they pull out of their hat think on this, those same events can/have been run in other version plus others, IGG are just to uncaring towards this community to get them running again.

Signature
They say that human experimentation is illegal....in your case it was not illegal enough

I submit to what Bender said.Today i had a look on other version and i saw all events we talk about in there.And many others we dont even have the chance to get.

The developer is involved in Running TWO versions . Is it any surprise the developer screws over a game provider with game content , that it put in games in direct competition in same markets for same players ?
This is somehow hard to believe ? That SG may take advantage of the situation ? especially since they stand to gain by doing it ?
but of course they totally above such little games , after all its a business and they should play fair ..

Now lets look at SG track record of abysmal failure running games into the ground and ripping players off and losing data and the LONG period of time it took for the other version to respond to efforts to revive it by essentially hiring back guys that ran it before and giving away lots of free stuff .
Now lets look at Russian version where SG and the Russian provider had a two year war over poor support by SG and finally gave up , SG had same issues with EU version before THEY finally gave up .
So far IGG seems used to the type of badness this developer is capable of and can play the same game , so THIS version still stands of the multiverse SG tried to create for this " franchise " VCO game .
Judged by western standards they are total epic fails , but IGG is using Chinese standards and recognises the game .
Its not surprising the others failed .After all using other peoples time , effort and cash to open new markets then destroying them and taking over is after all a long time western business sport . They should have seen it coming .

Mintas you have been around a long time.... very "surprised" you don't already know the other versions of this game...

but for anyone who doesn't actually know;

If you search on Woniu you get many links to other games run by snail. 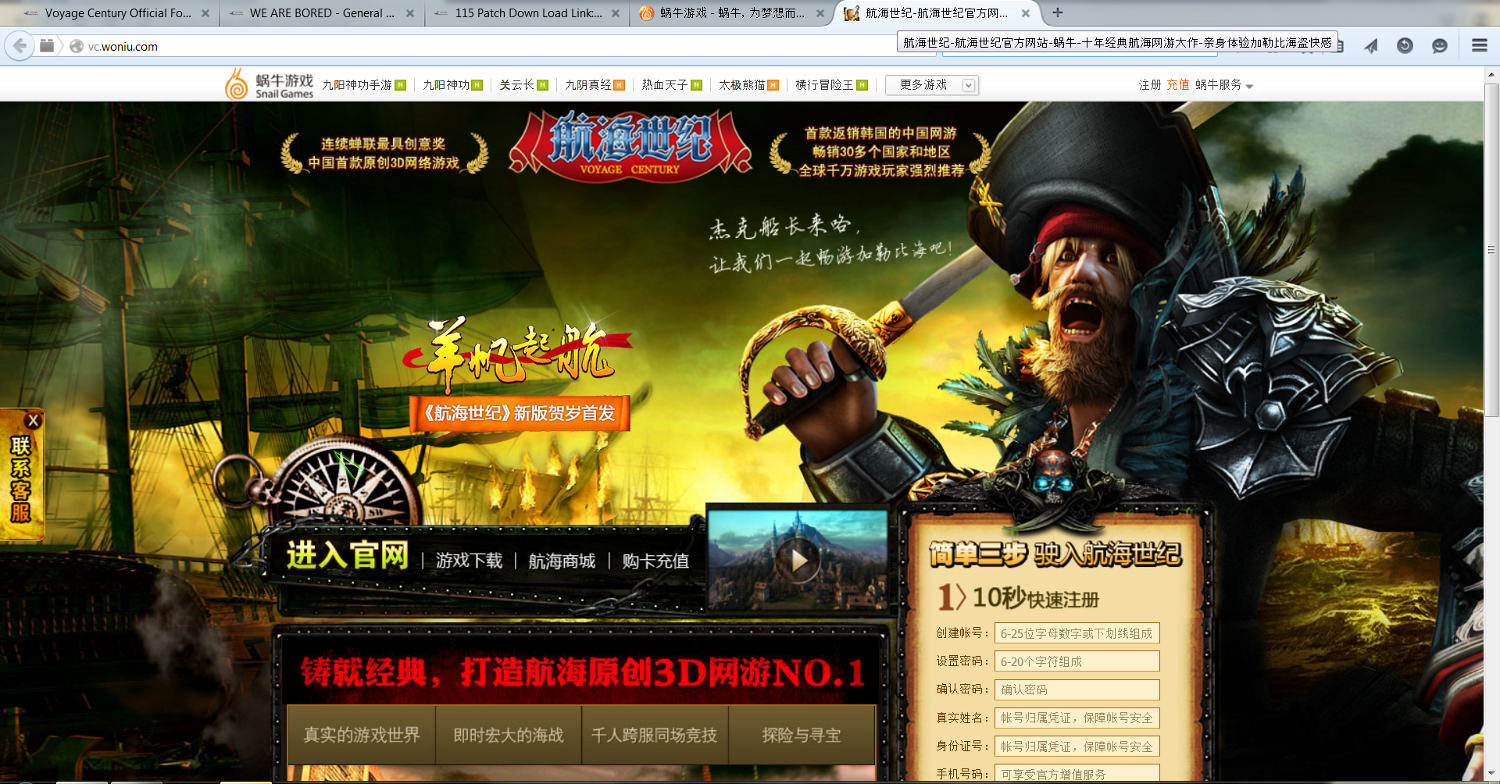 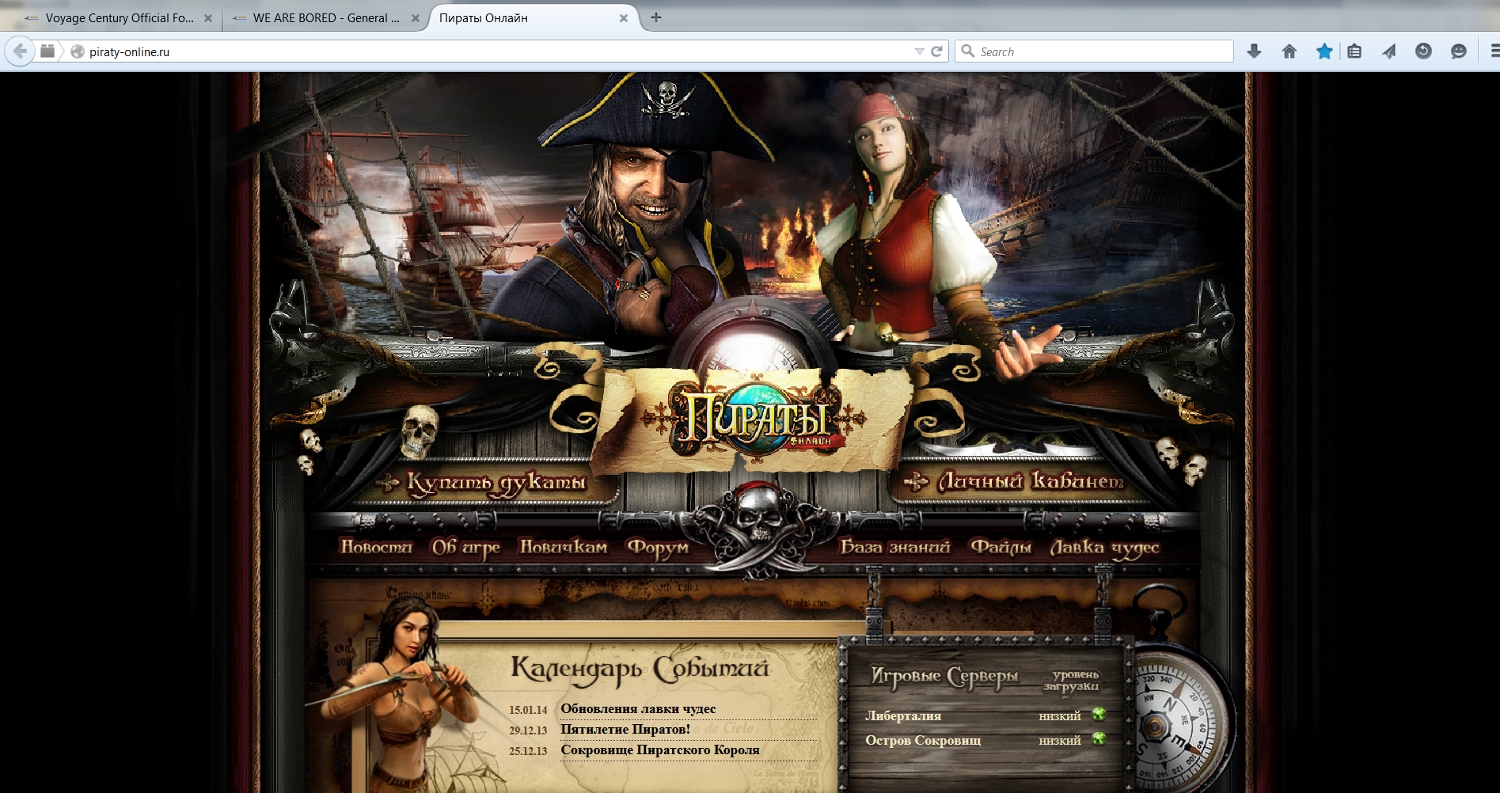 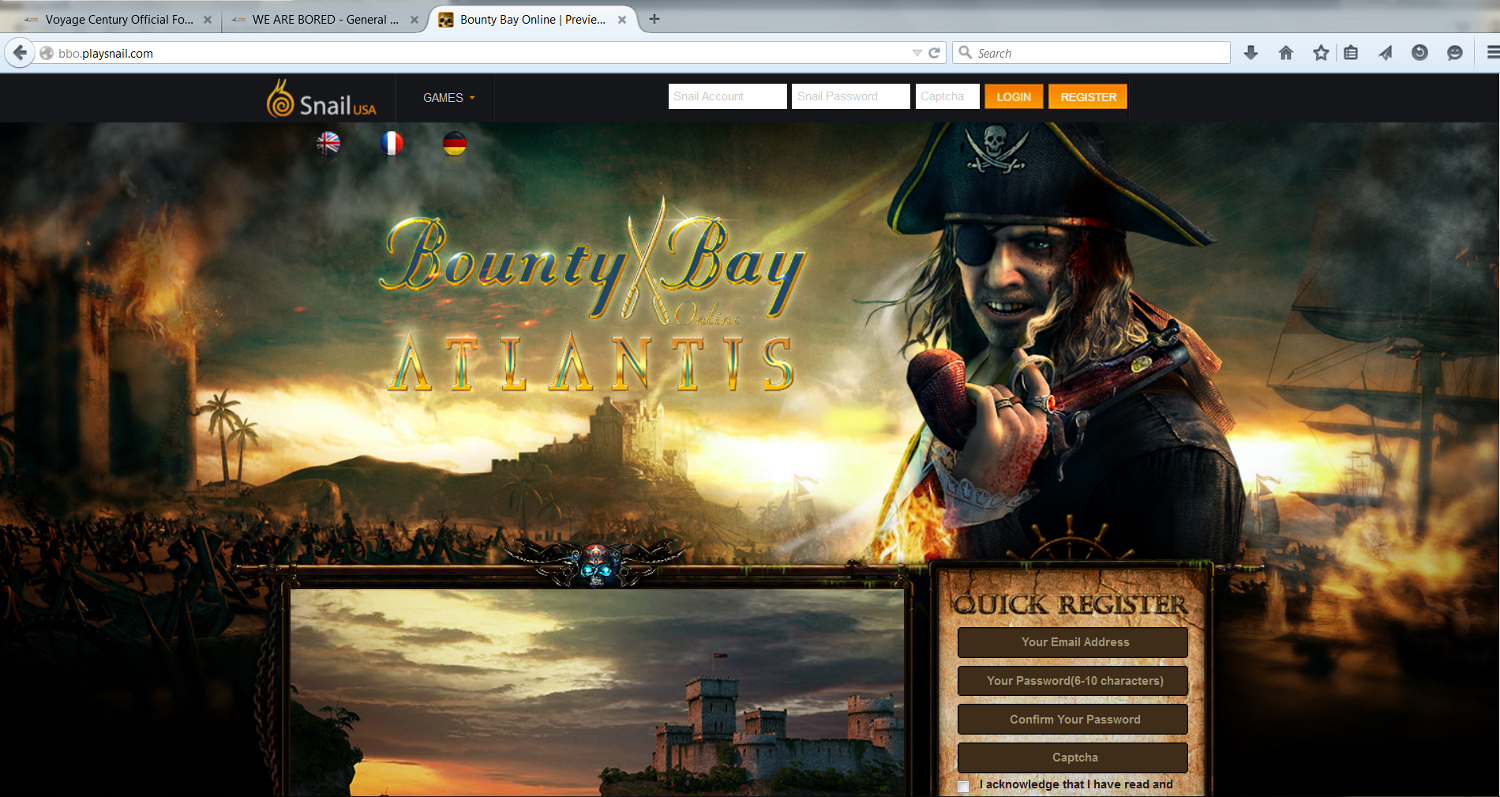 Russia actually started this whole mess of PC age of sail type madness . They had GOOD ideas but BAD quality control and the games seldom would work . BUT they had Pirates ahoy and other gaming sites , dedicated to pirate / sailing type games ( trivia but I was making Mods for games at pirate ahoy and was recruited into VCO to " TRY it OUT " in 2006.) We would make the games work and often worked directly with developers and had access to the tools needed to get into source code and make patches etc.
Try doing this stuff TODAY ..lol . The Russian Gaming community even back then was vibrant and had some great ideas  Tank games and VCO type games were often staples and you can see specially with Tank games , they were far ahead of the times . I had my most fun in mod community in Eastern Europe . Compared to stuck up elitist we had to deal with in western market , those who would screw up but still take your money but not admit they had help with " fixes " from mod community and even go so far as force removal of content from websites AFTER they took all the free help they could get .
The internet for me and many others was a blessing , considering our history it was really something special for those who grew up with Nukes aimed at them , to " talk " to people and have great friendships and working relationships . All a side effect of playing a Game .