I can't succes this quest

But i kill 3 Golden Eye Raiding Ships at gibraltar and Cap . No ship validates my request

You have asolution to solve the problem? is it another boat to sink?

ok you are trying to do the old old old storyline quests.
this/these were the first questlines before we had Beginner storyline tasks.

Some of those quests can not be done anymore because the npc's do not talk or are just not in game.

Also you HAVE to follow individual quest lines that can cross each other, and doing one quest line will make the others impossible to do.

Though the one you are doing is at the bottom of the list and says unlinked quests...
but because the text is blue...hmm

--quote--
The guide uses five colors: Black, Red, Blue, Green, and Purple. Each describes how that’s quest is related to the ones up the list.
Example, if you have 5 quests, the first being quest 1 is Black and quest 2 uses quest 1. Then quest 2 will be Red, BUT if another quest after quest 2 uses quest 1 also, quest 3 will be Blue.

Honestly back when I started playing I was so confused by the multiple quest line I purposely never did them, and only did the labor, adventure, trade, warrior alliance tasks. because if you screwed up the quests order or took the wrong path in the quest just stayed in your log book forever and then you would never be able to complete the tasks you wanted..

that being said there is still a guide and in the guide this quest is blue colored
so I am wondering if you have to do a couple others first... but then again you did get the task...
so maybe all the updates just made the task unable to be turned in.


if you look at the flow chart of quests you can see that the one you are doing is linked to others.
though I am left wondering what that Hamburg cannon contract is for perhaps it starts another quest line but the arrows and lines do not show it.

Maybe someone can remember from waaay back then how it worked.
But I wouldn't be surprised if its just broken after all the updates we have had. 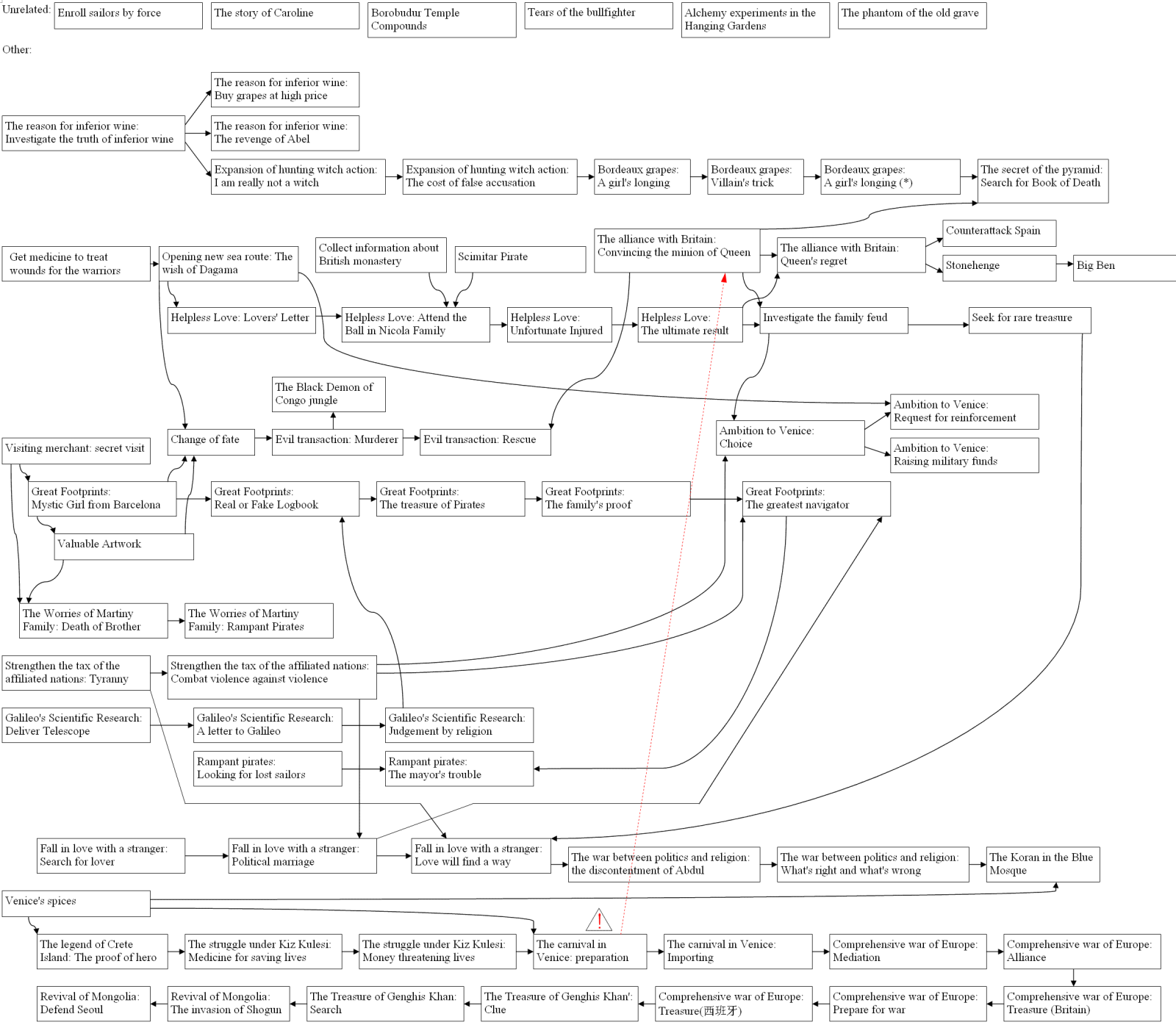