dont know if its related to this patch or description is wrong, but land flag from lvl 3 say group around flag will get bonus, but only the owner get it, team mate next to it doesnt get anything on the DB bonus or Healing

DSofa Rated on 2021-09-28 14:07:57
That has been reported even back in the past when we were testing the patch that brought flags. It was never fixed and we never got a clear answer if its just a translation error, or was it supposed to be working for teammates.

Not sure if this was reported before, but if you max an item with Epic refines, the bonus turns to green color, while it should turn to red. 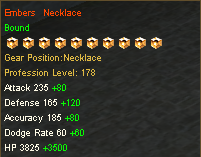 ok the new updated list minus the fixed stuff for easier reading:

Are any of these fixed??
have anything to add??


Please, make a comment or reply on any of the items!

2. Supply officer (London Upper Dock) text is bugged now,  first unreadable screen is when you turn in the Jute, linen and hide.
2nd unreadable screen is after you turn in "kill the monster"  the text should tell you to go kill Rampant Pirates - at this point you also get an "error" in the white public chat "Quest [DName_3067_1] has been received.
After you kill the 10 Rampant pirates white chat says "[DName_3067_1] complete"
then to turn in the quest you choose "[DName_3067_1] (completed)"
and then the same again for the final part of the quest 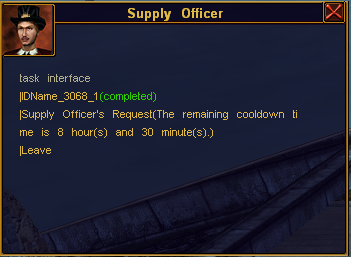 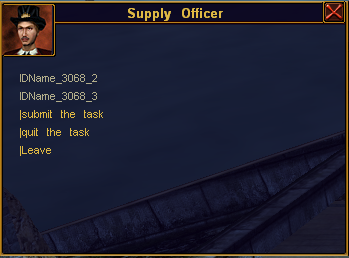 (Supply Officer) Request Quest in Voyage log is still readable and can be followed..

4. Rowan drops book for level 2 bow skill...we do not have bows in our version

5.  Compressing Provision Box for 1800 common Treasure redeemed Vouchers not working
(can someone check this I need my vouchers - Ele)

7. When maxing out a stat with epic refines, the stat turns green instead of red colored.

8. If you re-log in the secret isle instance, your character gets permanently marked with the Give up button and that small red exclamation mark.
Then if you join Crete for example, the text overlaps. I don't know how to get rid of this. I cant leave tower since the two Give up buttons overlap.

9.  (needs confirmation from another player as a game wide problem)
When I'm in guild instance I lost power and close my pc
When I return and try to go in, I cant go in.  (Guild instance should reset in 3 days - ele)

10. (needs confirmation from another player as a game wide problem)
When I try to open map the map for guild ini. try to give up and not make nothing.
that problem with map i have on all place.

11. Level 4 in the Secret Isle instance doesn't reward any points no matter how many monsters you kill. You end up failing the level, so you don't receive extra rewards.

12.  Beginner quest line still breaks at #71 & 72 "An Exclusive Offer" and "Double-edged Sword". Both quests show up at the same time and are not numbered in the voyage log or the quest tracker.  If you do "Double-edged Sword" first the quest line disappears and support can not fix it.  Only "fix" is to start over with a new character.  (was broken before patch - but continually angers and loses new players)

not a big deal, but all 'crystal' like parry, technique can fail more then 9 time in a row. i got some up to 15 fail. description say max 9 failure, so at 10 it must success but nope!

xanthian31 Rated on 2021-10-03 16:51:23
IGG or maybe even Snail, probably changed the success rates and didn't update the text on the items. At least its not as bas as the 51% success rate refines.... I think it has been like that for a few years though. IF you PM me exactly which full name stones and your number of fails. ill update the refining guide.