just in case someone got the same problem like me...spy cards are not bugged
my spy cards weren't working after maintenance, I bought 1 new on other char and it worked.
so I just put the ones I had before from char to ship and back again and prob is fixed.

Not can exchange drop of daily quest? For gived serpent stone fragment ...?

xanthian31 Rated on 2018-11-24 15:30:59
Sorry I'm probably not high enough level to know what drop item you are talking about, but if it is a tiger totem exchange item... Go to Tripoli, the tiger Totem NPC there has all the items.

Hey . Might be a bug or i dont know but i just lost my Drop Card Time ANd an Elite Map(Swamp vim)  because I havent Killed Rowan IN hurricane 1 st level. And here it is the reason i didnt 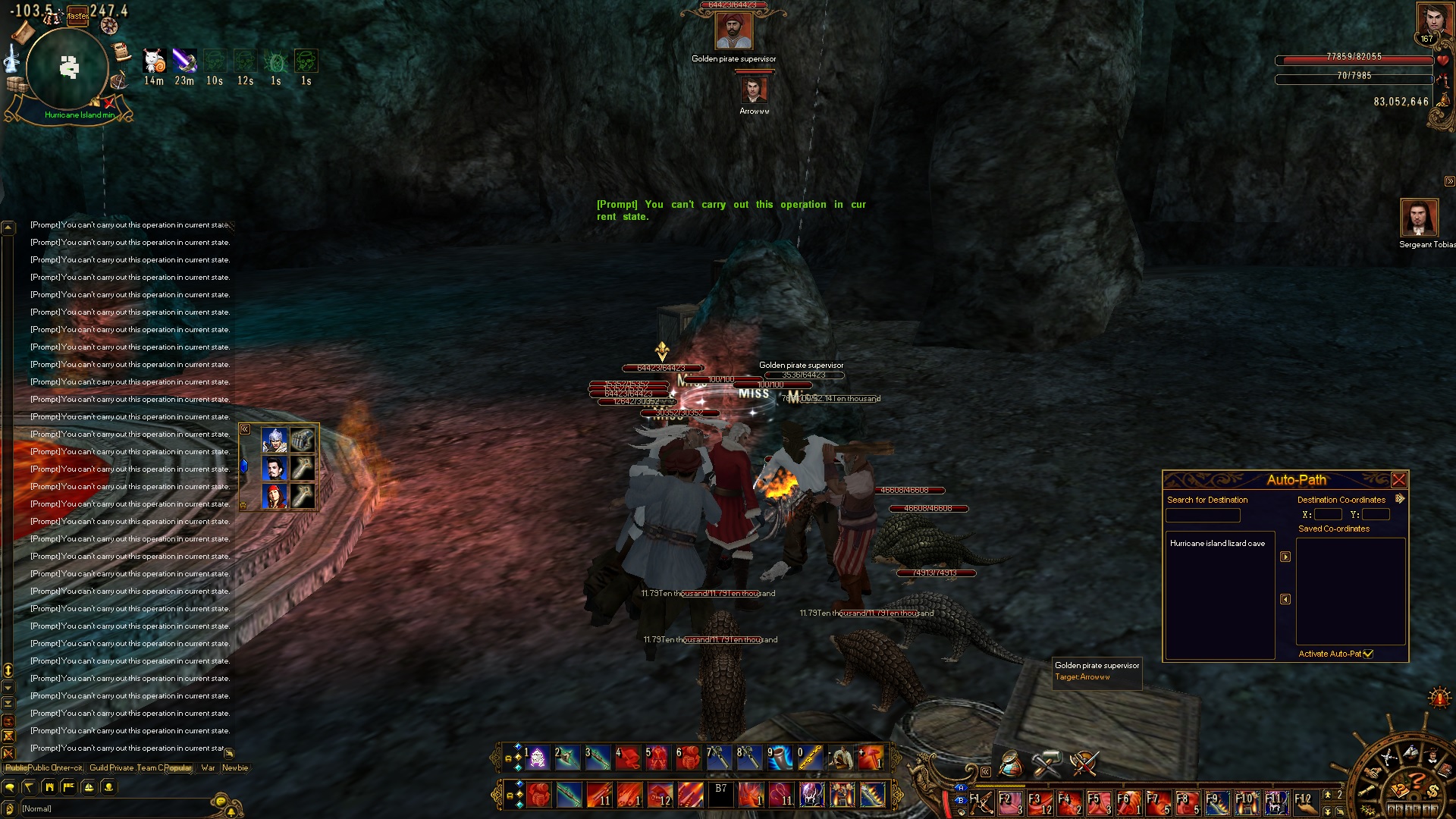 That damn BOSS  , Keep Me in Vertigo . i cannot do anything Cant even quit my MAP or team some1 .I am STUCKED.

DSofa Rated on 2018-11-23 22:05:59
You cant bring a second character in because you are unable to team anyone while being in vertigo state. This just happened to me, I had to relog, it was the only solution.

when  the general boxes gonna be fixed?

Can confirm, its continuous buff, doesnt allow nothing only way is offing account to force out by disconnecting toon

Signature
If you really want something, you gotta do everything in your power to achieve it and if that is not enough , then you gotta do what is required.

HI.I dont know what the .... is going on but so far i\ve been played whole day till few mins ago . Got d/c on all 12 accounts . Lost dropcard again + swapm map(vim) Second this weekend .


Edit : it seems its back to normal. dunno what happend package loss on internet . idk rly but im dissapointed loosing 2 times ddc and elite maps.! 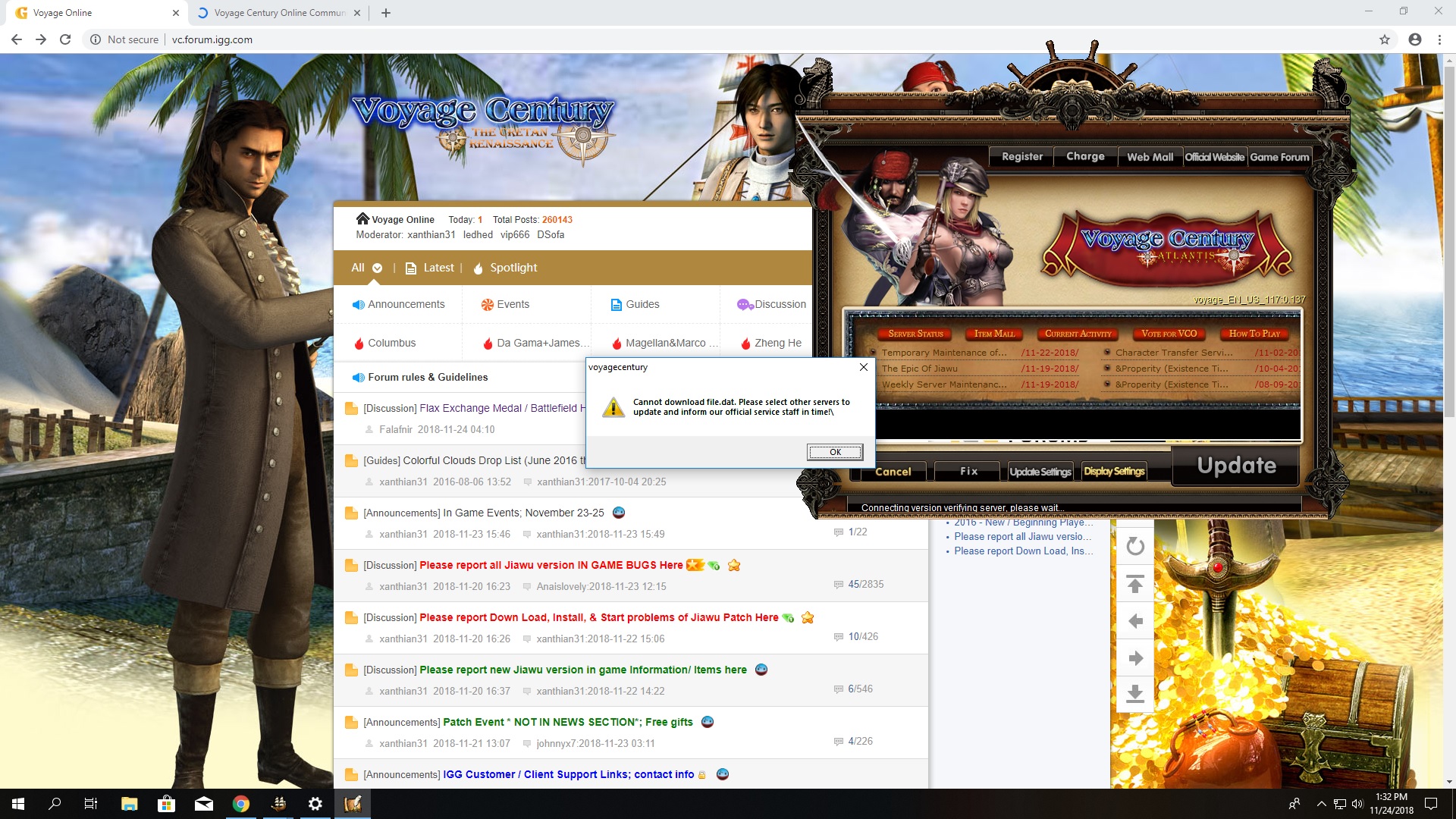 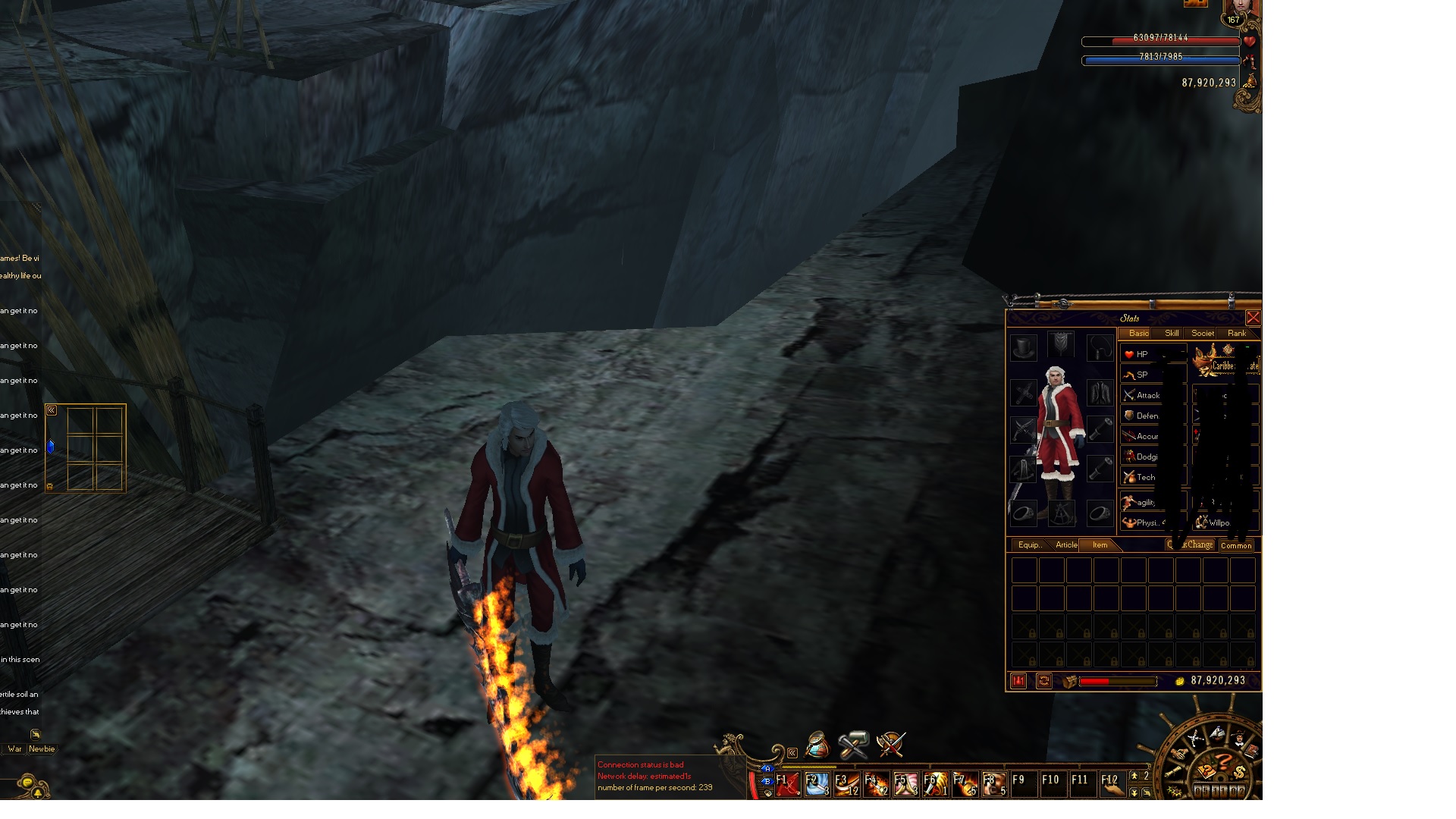 Welcome to the USA Holiday season.
USA is having their Thanksgiving Vacation weekend PLUS it was and is Black Friday(biggest shopping day of the year) and Saturday is 2nd biggest...then Cyber Monday...  and ug..

Internet companies will not tell you this.... but from my own experience with my company here in the USA..
IF you have been online for a while (for me its usually about 24 hours online)...
they will sometimes cut your connection for a 1/2 second.   It happens to me usually after I have planted all night (USA time) and then around 0900 or 1000 i will get a short DC.. and its not just a DC to a non moving planter...because by 1000 I am sometime in the game moving 2-3 character around.
I am pretty sure it is a localized thing (so its random as to whose internet lines you happen to be using at the time)....I say that/this because I ask other people in game if they had that DC or even a lag spike and they say they did not.
And other times, my guild mates are suffering lag spikes and I am just fine.


CISCO reports; In an average day over the reported quarter, Internet "prime time" spans from approximately 9 p.m to 1 a.m. around the world.  So for the Europeans that means you are fighting for decent connection across 3 additional time zones (VCO servers are in California) and I know we have players in at least 5 times zones in Europe/Asia.. (0200-0900 GMT would be slow times in USA, AND 1600-0100 GMT if 5 European zones are included)...  how ugly is that.

ps  I am totally amazed you are running 12 accounts at one time.... I will run 3 or 4... suppose it would be easier with separate computers and I suppose you could have most doing/ on passports.
That's some insane dedication to the game.