[Discussion] I wish to help to translate Client config To Spanish

Actually Magnifica Adventura was in both Spanish and Portuguese or so they promised...  it would have depended on the server you played on.
The game was run by a company caled Vibrant3g

But their version just never took off,
I got tired of going back to look every month to see if they ever got out of beta..
Perhaps they did have some actual regular game play

here is the last vestige of the site: 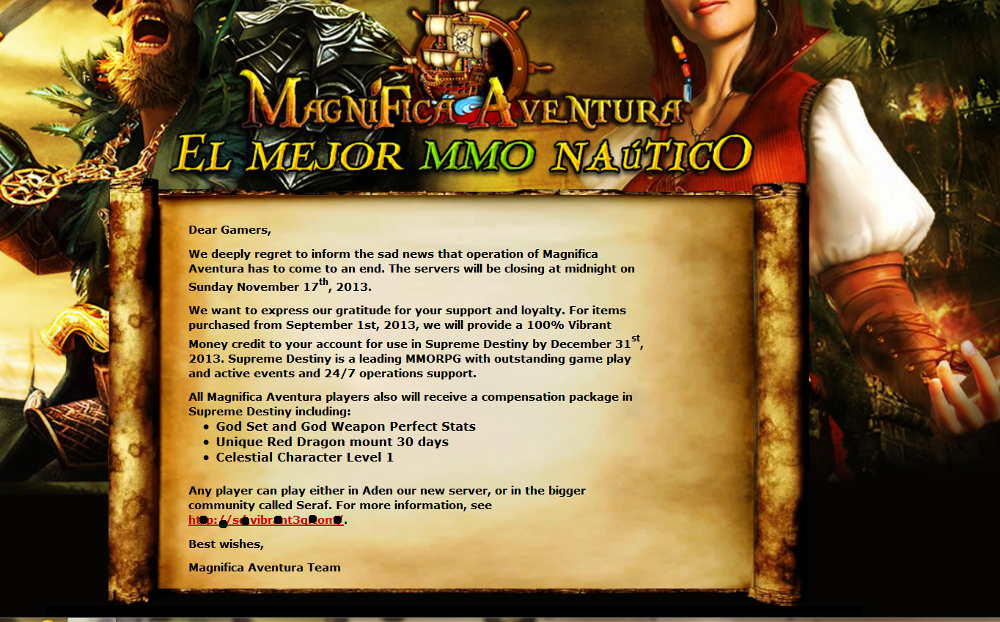