Hello, apparently, I am having trouble fighting this treasure map. Anyone can help me? same goes for this one. Both are not so hard really, in the pyramid top level I believe is only a few or one part  which is completely black. Try to run near Anubis and run up from there, it should be somewhere around, there are paths which appear black on the big map but are actually area to run around. This is still a path, so run back and forth and put the treasure finding option in your F ...-bar so you can click it fast, than keep a close eye to the chat and wait until a message pops up which says: 'there is something in the east/west/north/south'. Look here for a screenshot about the top level and where to find different paths:
http://forum.vc.igg.com/viewthre ... 9&highlight=pyramid


Tip: for the pyramid top level map is a quest from the Voyager Times, randomly from level 2 maps over there you get a spawn (mob) which required to be killed in exchange for completing this quest. Make sure you have accepted this quest, just in case the mob spawns, here you can find more about this quest:

Transcend the Fabric of Space and Time

I think this quest not working more...i dont see in Voyage times, anyone can confirm this?

try adjusting the brightness, contrast and other video settings on ur monitor
sometimes it will show hidden details on the map u could otherwise not see

I think the quest is still in the voyagers times  but once you complete it it disappears.
it is part of the "gear" tasks.

It is a bit confusing to see a bunch of "gear" tasks on my old character and not see "transcend"...
I think all those gear tasks are new... well, they were modified somehow... only "trancend" was carried over in this version.

Because my low level alts show transcend as a available quest.....
I wrote that guide with my newest alt... May 2012... ...and he still has it open (I never got any maps for the pyramid)
but it is always possible they changed something since then....

I would have to crate a new char and level it to the point were you get the VT book... to double check...and 'Im to lazy to do that right now ... have plenty of alts to level and will probably have to re-do the tasks for the guide next major update anyway..

Now as for the map  I made this for another  map but you can see by my arrows where your character will be and get total black space.... along the very very top of the 2nd floor... 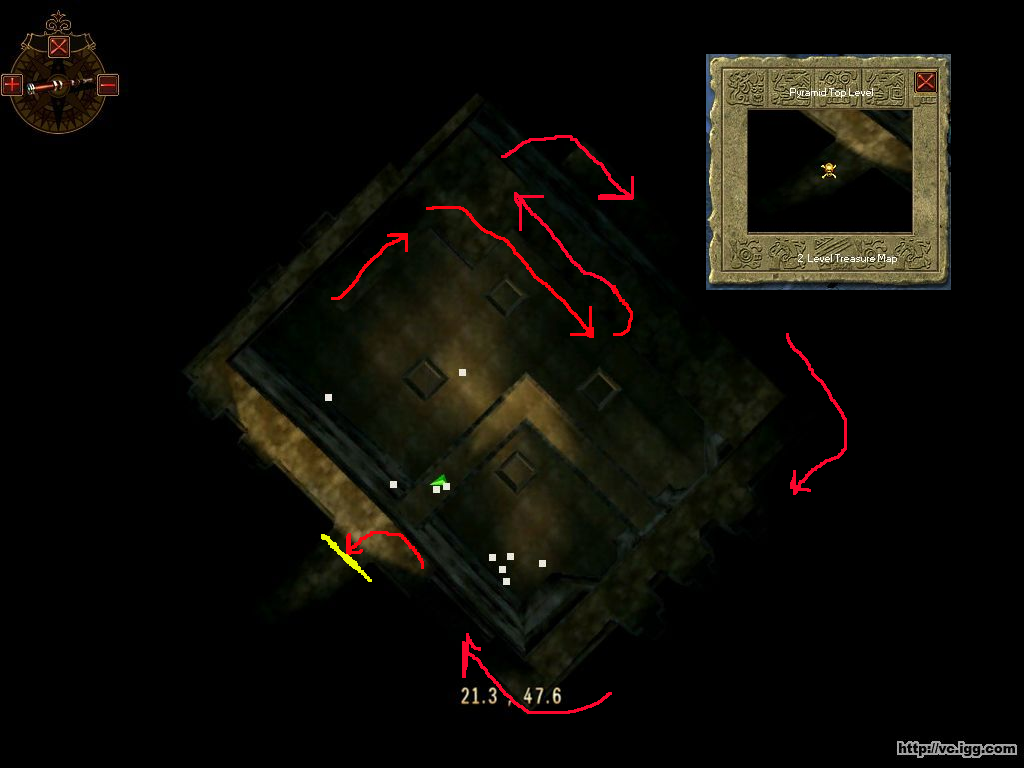 As for the Crete map that is relatively easy too as you know it is 2nd level of the regular maze...
it may also be in the hallway directly below but because of the "light" / shading I'd go with the red dot. 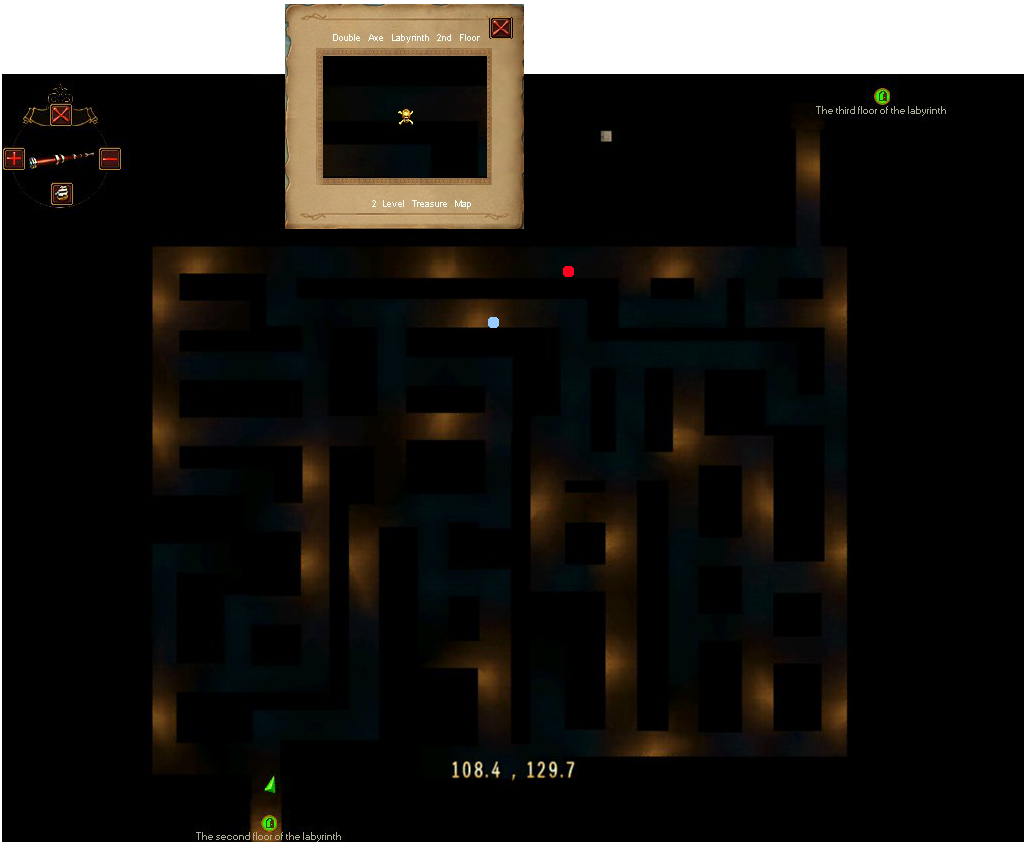 I just ran around another 1h for both map and I found them. Anyways thx guys.

PS: grave keeper showed up instead of pharaoh.