[Columbus] Sieges, wars, who owns what

epic fail on what???

:L Sine I'm here I'll try to keep up on this now for the columbus

BlackMedal made a great start of the new year and reclaimed Bordeaux!

THANKS EVERYONE WHO HELPED! 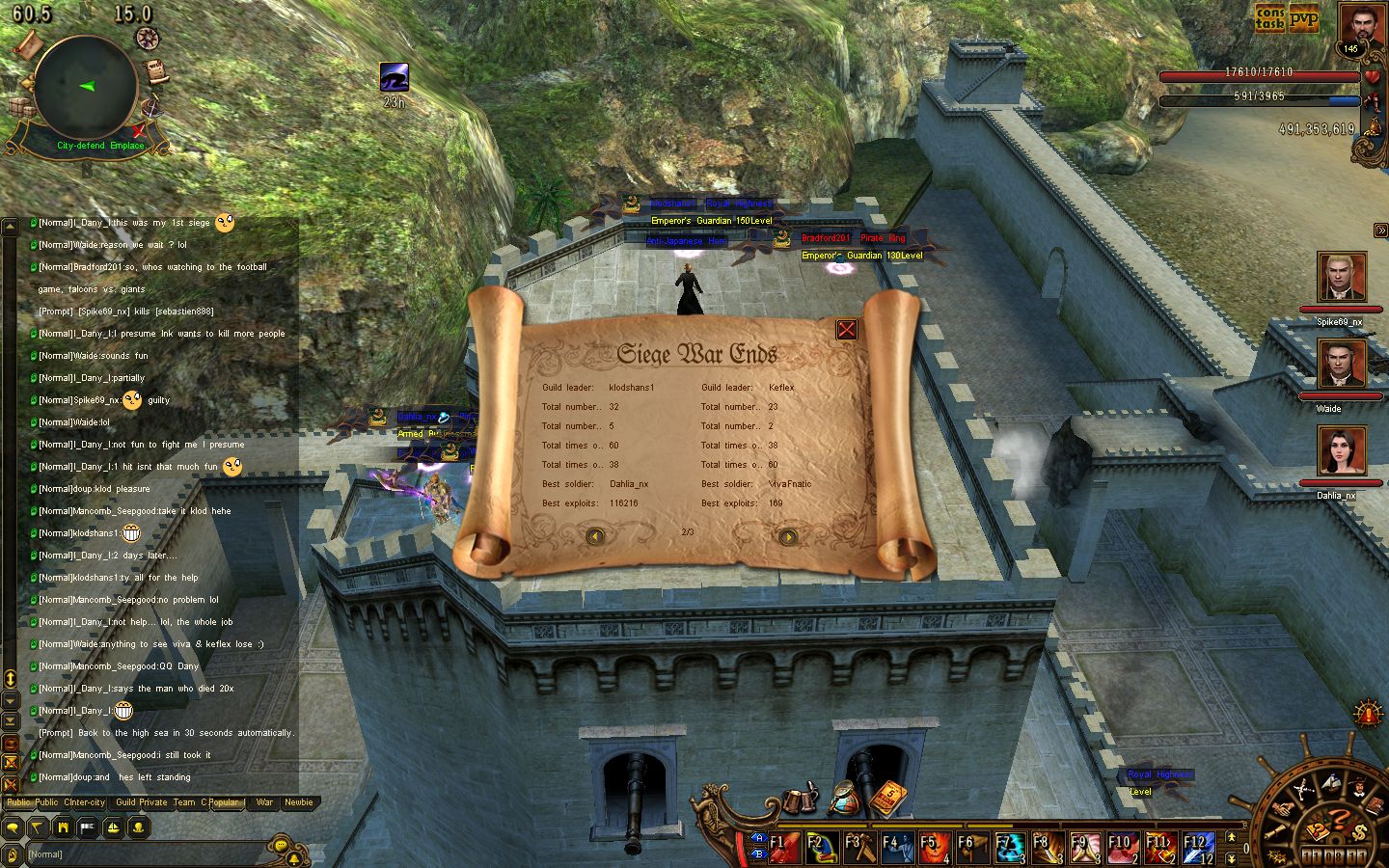 I think this is another perfect example of TGE dominating the server. Everyone that reads this should realise that TGE is killing the server. it's not too late. when help doesn't arrive from other servers or other guild. Me and Viva will transfer too

black medal didnt get anything back...
spike & dahlia have everything. Dahlia is dictating and ruining all the fun. Besides them there is nobody that can do something so just 2 overpowered dictators that can do their thing without any resistance. Poor kef & me are only guys doing something since the rest is either afraid or want to play it the easy way and hide behind a full DR tank team that is ofcource not killeable. Oh well we'll c what happens. Since the start everybody know how ppl bragg about their enemys. The second we say something its QQ/whine/flame/whatever but so is it the other way around. Thats called being enemys always being negative. Well Gratz for dictating the server. No dictator rules for ever. Check hitler aka gay suicide man...
(no bad feelings for jews. Just a fact.)

Before TGE take over server --for years it is run by BBS 4 years ..actually ..

Then BBS --it slowly break up and move away --transfers OUT ruined servers.

Columbus is one example.

at one time 100 players are at seige ..
after transfewrs strongest BBS guys go to MMP and dagamma...I know I am on the server I see more Columbus guys than in Columbus.

Now --as you say TGE took all the Cities.
But its not just Spike and Dahlia ..
Crazy Carl when he was there playing and his guild ..
Belgium navy ..
all the rest ..are with Tank guys .

True its Viva and Keflex..and some others..
But it should be Viva and keflex and a BUNCH of others..
the others went to MMP or Dagamma.

The TGE that stay enjoy benifits of cities ..
and like BBS before them --have advantage and get stronger..

If BBS doesn't have internal troubles and break ups ..and switching sides..
And if the best players dont quit or move away .
At worse you have fighting all the time with Cities changing hands.

because for 4 years TGE guys lvl and spend money ...just to compete.

I have 4 years of columbus is ruined by BBS dictator threads I can bump .

Then BBS got tired of being BBS .

Me & keflex can act passive like they want us to be
they want to see us leaving or stop playing.
then what? no more game to play? all big friends 'TGE only' for how long? Same what happened with redmark & 2pac?
getting in an argument eventually which get them a new reason to start fighting and make 2 different sides again? They were both on same side vs TGE. and now competing each other.
get something like that on colombus and fun starts. Just dont see it happen very fast.
Dahlia vs spike wont happen
me vs keflex wont happen and if it does nobody would join a side lol
only thing i could think of are internal issues in TGE which would lead to some part breaking of for example revolution working on their own. Some guild that can do something and not just a one man army. Worm using worm/skinned/incarnation account. Something happening over there that splits BN & inkys. Lots of things that could get colombus into active server again.
IGG wont help. So players should take the lead / responsibility and do something about the game they like(d)? to play!

I don't tell you to start making enemies, i don't tell you what to do or what not to do. I don't push anybody to a side or into a certain action. I push no characters i push personalities to do something about this issue. I got my enemies, i got my goals. I know what I've done so far. I hope nobody gets into the stuff where me & kef get into. 99% would quit. We push on beyond believes and try to make something about it. Ofcource nobody appreciates it. Why should they? We are the 0,1% cockroaches left on this server... Just a few more steps for them and they are free...

Free in what word? Explain me freedom & no more pvp in a few short lines together with the situation in colombus. I'd like to see somebody from TGE with an honest opinion about the future.