As was stated you need at least two servers for capable players and one for learning or lower level players for the game to survive . TRANSFERS are popular for this reason and you may also consider what happens if you are one server and a broken server and MMP gets a bug ? You close the game ???

Actually i agree with u Ledhed, 2 servers are needed, but if 1 for capable and 1 for learning then merge all existing ones into 1 (if it goes busted u do rollback ofc) and 1 new for new players and without transfers for a minimum of 1 year so they can catch up and get ready for arrivals once "quarantine" is over.

We end up with three now . Columbus is messed up if it gets a crowd so if we try merge we risk certain fail or months of issues -So Columbus as it stands now -and I am stuck in it - is being used by players who did not like MMP or just like farting around in game . MMP is an active pvp environment , like old Columbus Guilds made " arrangements " so players can compete , if you are not in with the group you are just a fish in shark waters . NO problems with that if that is what you like GO for it.
Columbus is more laid back period and most everyone knows each other and lots of sharing and cooperation happens all the time . I seldom log in on my main account and play newby alts -first hand info- LOTS of help and not nutty players is all I seem to find .
Zhenghe all I get is bored guys who attack anything that moves . I am semi retired and have made end game accounts on multiple servers for years , I am TIRED of the same crap grind then update and grind more crap for 11 plus years , so despite the fact I sit on multiple thousand IM points ( 40 k plus ) and have decent old accounts for when I was very active , I know I can jump back in and just get a oil change and tune up and be back in game.
REALITY -Dagama is already been merged from COOK  , so it makes sense to keep a somewhat undamaged server to try new merger tools on .
Everyone knows I have solid against mergers for years but it is time if we want game to keep being hosted by IGG to cut cost and attempt to re-boot game a bit . But with server transfers , when same old bad guy players exist and no one even attempts to enforce against cheats and exploits , soon you get two servers , then soon this game that is around since 2006 in NA / EU is a goner except maybe on Snail run platform .
FOK can't make players stop being sociopaths and this is what drove most casual gamers away from VCO and made servers empty . Since I get the COMPLAINTS , I can say it is fact , followed by lack of service and game got bad ./ I grew out of it.
I am somewhat active in many games and old VCO players always seem to find me or I find them. This is not WOW or any big budget IP . Enjoy it for what it is , for as long as you can.

Flamewars Rated on 2019-11-22 06:49:55
if you not active playing anymore you should make ppl happy with your IM :D Just buy some useful items liek Fallen Shards and sell a value of 10.000IM of them on each server in booths for decents prices... that way you get some silver you can enjoy and make ppl happy :D (just an idea :P :D, since lot of casuals cant afford IM and rarely someone selling some)

so we are guineea pigs for new tools to be tested.That still does not answer my questions:why only 4 char? is it 4 chars and the rest paid whit credits ?and when its going down?

i guess we gonna wait and see

LaziestGirl Rated on 2019-11-22 08:20:02
He means you need to make sure that you only have 4 chars on current sever and none on destination server. If you have any on destination server, some of them will be deleted or not transfered at all. If you hve 2 and 2, should have enough space then

I highly doubt IGG is going to go through and match every accounts IP with a single person and then choose only 4 characters out of the multi accounts to merge.

Every account has a 4 character limit PER SERVER;
so .. the new server... lets call it Zeng-Gamma.... will only let you have a total of 4 characters per account. 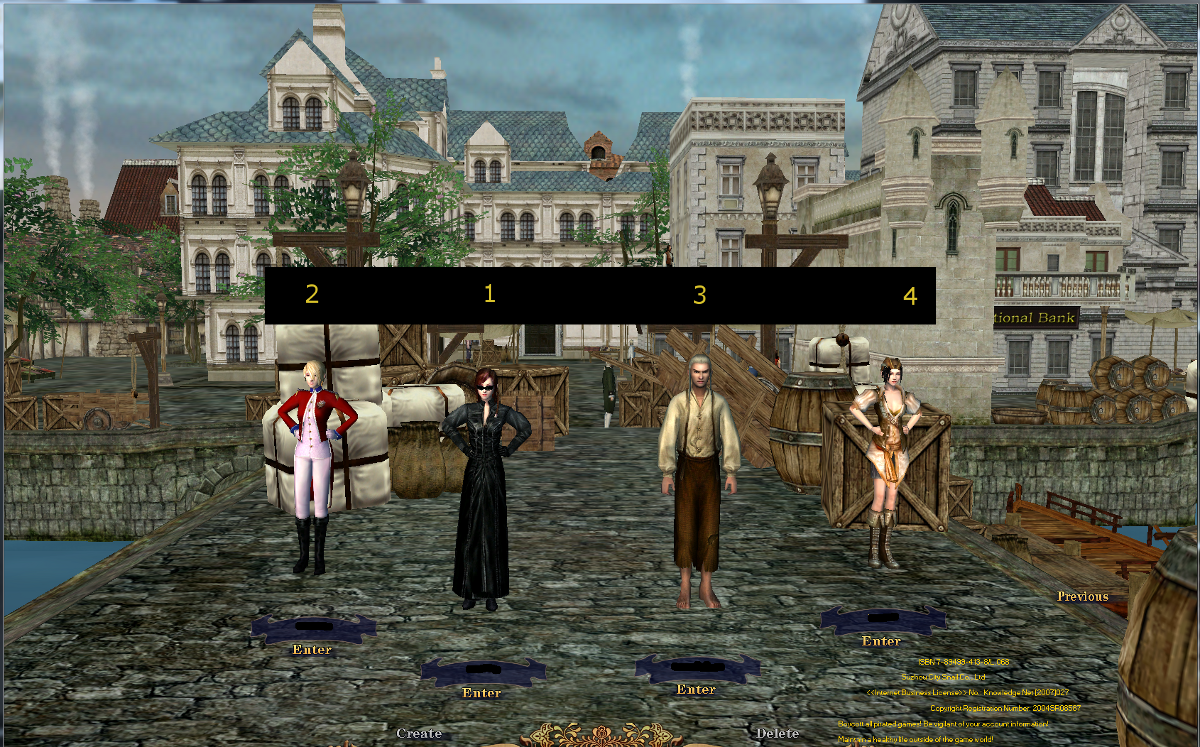 (character slots numbered in order of creation in this picture)


So IF you have more than a total of 4 characters from both merging servers, on one account... the system will end up deleting one. (ie if you have 5,6,7, or 8 characters total between Zheng and DaGamma servers on one account, your "extra" characters will disappear during merge ).

**according to this post the characters that will disappear will be the ones with the least time of game play and fewest coins.

There is no way around this.  Unless you pay to move a character to Columbus or MMP ahead of time.

So decide which are your most unneeded characters - out of the total of 8 possible - and delete them or pay to transfer them to Columbus or MMP.

Most people do not have that many characters on one account anyway for the ease of trading between characters.

I would further caution anyone with characters on both servers;

HOPEFULLY they have fixed this before they do any merging... and this is probably one reason why FOK needs to do a test server.  (and to see if the new code messes up any tasks/quests, and to see how the colonies will be affected and.....).


Be sure to go through all your accounts - even if you mainly play on MMP or Columbus!
You may have created an alt or 3 on Zheng or DaGamma YEARS ago and have forgotten about it.


Now is a good time to delete all those unneeded alts on servers that you do not play on!


Please help us reduce the LAG you know we are going to experience!!!

Ahh okay that makes much more sense, I truly hope that is what he means.

It is how other mergers worked .